Great feature entry in YOUR OTHER LEFT. Hard to parse out, and such a fun clue: [Not right, sarcastically]. The wordplay around the word "right" was beautiful, misdirecting me toward the "correct" sense of the word "right." A WITT-y themeless seed (wish I thought of that). 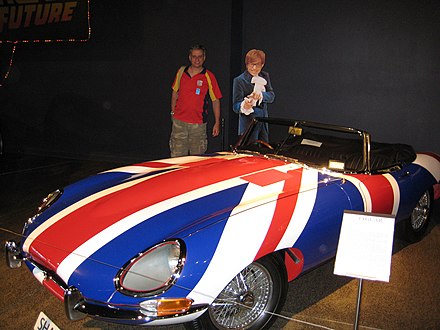 Standard themeless layout, featuring four sets of stacked answers, one in each corner, and a diagonal of black squares from NE to SW helping to break things up. Newer constructors ought to give a pattern like this a shot; a good place to start.

It might not look like those NW and SE corners would be hard to fill, but they tend to be tricky. The black squares at the ends of YOUR OTHER LEFT turn out to be mighty helpful in filling those corners — in this type of themeless grid skeleton, I frequently use cheater squares positioned like this. Helps to produce cleaner and snazzier results.

And beautiful work in those corners! The NW is near PERFECTO, with just DAS as a minor dab of crossword glue, and DASH CAM / ENTER KEY and ME TARZAN standing out. The other corner wasn't quite as nice — TAIL ENDS didn't shine as well for me — but with OXICLEAN and NO SWEAT, it also felt polished.

Not as polished-feeling were the other two corners. Not surprising, given the fact that they both have to "turn the corner," i.e. SHAGUAR / ANACONDA / WASH DOWN have to intersect RANTED / ADWARE / UNODOS. I don't mind DAT, as I like the New Orleans Saints' WHO DAT! cry, but UNO DOS is a puzzle-killer for me. Yes, it's linked to TRES up top, but UNO DOS is essentially a six-letter partial that can't be saved in this constructor's eyes.

I do think CARTE crossing HASTA is fair, since "A la CARTE" and "Hasta la vista, baby!" are well-known enough. But toss in LUZON, and it feels not as smooth as it could have been.

I also wondered about the SHAGUAR. I loved the Austin Powers movies, but it was depressing to see that the first one is 20 years old now. Twenty. TWENTY. Well, I feel old now. I do think DR EVIL holds up well over time since he's an iconic character, but SHAGUAR feels on the fringe of crossworthiness. I wonder if it'll produce more smiles from solvers or groans.

But overall, some nice feature entries.

Yet another debut this week! Very cool; I'm hoping that the NYT does a full "new constructors" theme week in the future. It'd be especially cool if a few of them were female, or from diverse backgrounds. (Newbies, feel free to contact me if you're interested, have a theme idea, and/or would like some help!)

Steve uses his mid-length slots so well. Love that intersection of DREAM ON and NO CAN DO. Along with SIX GUN, RATED X, FREE DVD, TV GUIDE, ain't no BAD NEWS here. Steve's ON A TEAR! I don't remember the last time a puzzle's mid-length material stood out so well for me.

Some nice longer entries, too. Love the German DER RINGDO … er, DERRING DO. And SWEATSUIT, LET US PRAY, DEWEY EYED, NOBLEMAN, yes! Good work, putting at least one strong entry in each of the corners.

Not as much a fan of ALIENATE, SENTENCE, OVERTONE, BORDERED, as they're more neutral entries in my eyes, words I hear every day in workmanlike usage. They also carry slightly negative-ish OVERTONEs, which wasn't super uplifting. Not that I need or even want every crossword to lift my spirits, but as a form of entertainment, I'd rather come away with a sense of fun than a feeling of having my buzz harshed.

A bit of crossword glue holding everything together, ENERO a constructor's crutch what with its friendly letters and vowel/consonant alternation. Minor SASE, DTS (although I heard someone use that term the other day!). DO NOT was the lone entry that bugged me, a partial in disguise. A cutesy clue, without a question mark, in [Prohibition's beginning], just made it worse.

And tough entry in SANGAREE. It's definitely a thing, and I like having learned it (although it sounds slightly to incredibly disgusting). During my solve, though, it wasn't satisfying to be forced to piece together every single letter, just to wonder what this thing was.

LIEGE apparently can either mean the person in charge … or the person working for that person. Interesting tidbit of info.

Great use of mid-length slots, and if the longer slots had been used to that level, this would have been a POW! candidate. Given the standard-ish themeless pattern, I think that might have been possible, especially in the NE/SW.