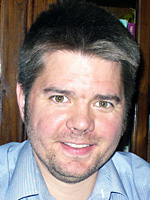 Inspiration for this ONE came to me in a grocery store parking lot. Though I've never seen the film, (M)AR(A)THO(N) popped into my head and struck me as being theme-worthy. Excited by the prospect of a new project, I brainstormed suitable revealers as I shopped. Fellow consumers undoubtedly questioned the sanity of a grown man talking to himself while counting out the length of familiar phrases on his fingers. Somewhere in frozen foods, INITSELF (one-two-three-four-five-six-seven-eight…aha!) came to me. A phrase that's in the language and conveniently equal in length to MARATHON! A theme was born, even if in my preoccupied state I forgot to bring home the EDAMAME.

Over the next few days I scoured word lists for other thematic candidates and came up with a couple more. LABO(R)(A)(T)ORY and C(O)N(V)(E)CTIO(N) seemed legit and rounded out the first grid. Will and Joel liked the concept behind the original submission, but wondered if there could be more consistency in the theme answers. RAT was the only example with consecutive circles and OVEN was the only 4-letter example. I gladly went back to the drawing board to find ALIST good enough to cut the cruciverbial mustard.

It took several weeks of editing to yield today's offering. This is by far the most workshopped of all of my puzzles. The revealer INITSELF ended up on the cutting room floor. (S)(E)N(A)(T)E and PRE(S)ID(E)NTI(A)(L) were promising FINDS, but lacked symmetrical partners. A final set of theme answers was eventually assembled. Grids were constructed. Grids were reconstructed. Clues were written. Much time and CARE was taken to ensure a quality product. It's a MARATHON, not a sprint, right?

Thanks to Will and Joel for your advice on this one. I hope you all enjoy it!

I'm pretty sure that my inspiration for this puzzle was the 11/12/2012 offering by Randall J. Hartman. If you see him around, could you tell him that I NODDED in appreciation towards his work? His contribution to crosswords MERITS at least that much.

There's no doubt that there were many a CELEB to choose from for the "-MONROE" entry. Despite the fact that gentlemen prefer BLONDEs, I naturally found the ultimate choice to have a better ring to it than MARILYN. (Confession: I just now noticed the DUMB BLONDE crossing. No offense intended.)

Probably had the most trouble with the "–ROT" entry. Every attempt to make ROSS PEROT a possible candidate was met with resistance left and right. For motivation, I turned to the musings of a wise, French philosopher: "There are things I can't force. I must adjust." In the end, DENIS DIDEROT won by a landslide.

And so with that, painful as it is, I must take my LEAVE. Parting is… hard to do. Hope to see you all again soon.

This puzzle was among my first ever constructed, back in 2010. Its first iteration included BANKNOTE, FIELDWORK, and OVERHAND among seven theme entries and the revealer was the plural BOOKENDS. The construction featured elegantly crossing theme entries and had the revealer located in the southwest of the grid. Ultimately the grid proved to be too difficult to fill reasonably, and so it was back to square one.

Round #2 scaled things back to 6 theme entries. The revealer was slightly modified to BOOKEND, and placed in the center of the grid. I submitted this grid and was pleased to learn that Will liked the puzzle enough to publish it, contingent upon my willingness to fix it up a bit. DOUBLEDATE, wouldn't fly since DOUBLE BOOK would be the only verb among nouns, and thus presented a nasty inconsistency. Back to the drawing board again.

For Round #3, SCHOOLWORK replaced DOUBLEDATE to allow for consistency and the grid changed considerably. Wasn't too happy to have to rely on fill like YEGG, SSTS, and AMAT. However MASSE and DETROIT being amid the grid soothed the concerns of this pool-playing Michigander. Hope you enjoyed it.

A few years ago I was watching TV and a commercial for timeshares came on. In this commercial the word TIMESHARE is shouted an absurd number of times, as if its writers missed the day in grammar school when pronouns were introduced. And that was it. I wish I could say that today's puzzle has a more interesting, Eureka-esque story behind its inception, but alas, it doesn't. I'm hopeful that, in time, the puzzle will come to accept and embrace its humble beginnings.

So, my first thought after turning off the TV was to have TIME wedged in between its two associated two words, generating wacky phrases. As in AIRTIME + TIMETRAVEL = AIRTIMETRAVEL, e.g. Seemed like a good idea, but the concept never took flight, and I ended up depositing a half-filled grid with the rest of my misfit puzzles.

Months later, bored and looking through my files, guess which half-filled grid caught my eye? I realized (Eureka!) that the TIMESHARE thing could be done in the same way as all of those other two-words-that-have-one-word-in-common themes, but with a little twist. And there you have it.

Nothing stands out in my memory with respect to the actual construction. As a high school math teacher and number enthusiast, I was excited to be able to get FIBONACCI in the puzzle. Also, "Music for Airports" is almost always on in the background when I'm constructing, and so ENO, despite being crosswordese-ish, always elicits a smile.

Hope you enjoyed it.