The Shortz Era began with a color crossword. The fact that there have been dozens more over the decades may have (ahem) colored my impression of this one. Many newer solvers might not give the solid theme a second (or even a first) thought. For me and my OCD, third, fourth, and beyond!

Why ORANGES, BROWNS, REDS, BLUES, I wondered — do they form some tidy set? No, but they are a more interesting grouping than I first considered. How many other phrases can you think of that end with a pluralized color? MIXED (or SALAD) GREENS came easily, but what else?

(That smell is the smoke from Jeff's overheating brain)

Tan and olive aren't as strong as blue and red, though. So I like Ellis's set.

Too bad WHITE isn't a color. PEARLY WHITES is a great phrase.

Hey, wait a second! WHITE is in the grid — that's inelegant. For a theme this simple, you either want to blast it with a dozen more colors, or make sure to include no stragglers.

Budding constructors ask me all the time, what makes for a "bad" short entry? Some examples: ACAR / IASK (partials), NATAL (tough, uncommon word), ECONO (prefix), and ETO (initialism many won't know). We've scored all of them similarly in our word list, but constructors have to use judgment.

In my eyes, NATAL is by far the worst of these gluey bits, as it's something that newer solvers might never figure out. ETO is next worst, and ACAR / IASK / ECONO are all minor; entries that might cause wincing but not outright swearing from newbs.

I did like some of the bonuses — THE WAVE, ED HELMS, SCRIBBLE, MAINSTAY = a lot of assets! However, those came at the price of a grid that frayed around the edges. For Monday puzzles, I prefer a cleaner and more welcoming product, even if that means it's less snazzy. Breaking up SCRIBBLE and MAINSTAY would have helped.

Overall, though, a softball theme that's hard to miss. There's something to be said for that on a Monday.

ADDED NOTE: Astute reader Mike Knobler points out that there is higher level of consistency; that each themer starts with a place. I completely missed that! 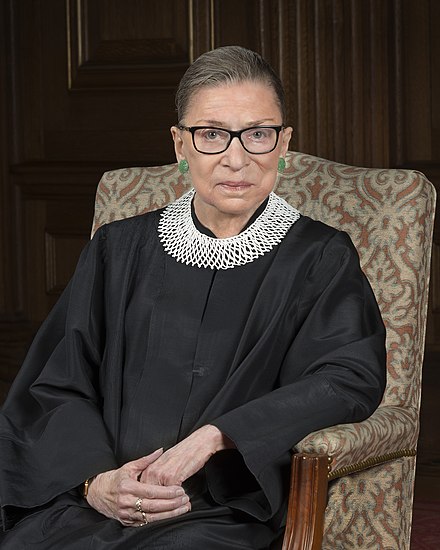 Letter / sound homophones have been done over and over in crosswords, including a similar idea from just three months ago, so you have to execute perfectly in order to be noticed. This debut did nearly that:

With just four themers of moderate length, I expect a ton of bonuses, plus virtually no dabs of crossword glue to hold it all together — that's almost always possible, unless you have a lot of rare letters to work around. It's inspiring to see a debut constructor rise to my expectations.

Did you notice the "Bill Shortz" byline? I like the idea of doing something different, but this didn't do much for me.

ADDED NOTE: apparently all the clues start with B. Nice added touch, but I must admit I missed it, even after reviewing the puzzle.

The one hitch in my solve: PASS AWAY. What a downer, especially in the symmetrical spot to GINSBURG. Don't waste your valuable long slots, and more importantly, don't harsh solvers' buzz. A neutral entry, some everyday word, would have been much better.

Outstanding gridwork, especially for a new constructor. It's tough for me to award POWs! for theme types that feel overdone, so I couldn't go there. But if an equal level of craftsmanship had been applied to a more interesting theme, it would have easily garnered POW! consideration.