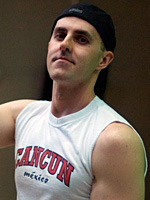 Crosswords evolve so quickly. Each time a quantum leap appears — quantum crosswords, for example — everyone rushes to copy the new development. The best constructors, though, do something different by aiming higher, seeing how they can build on a great concept and push it even further. I appreciate what debut constructor Kacey and veteran DQ did today, not just making a Schrödinger, not just making one with three possible answers, but making one with three words that all have three possible solutions. Neat concept, using SCRABBLE and ANAGRAMS to tie it all together. 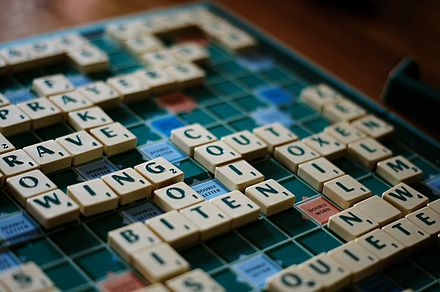 It's mind-blowing that they were able to pull this off. The construction challenges are immense. And to go big by incorporating three separate instances of a Scrabble rack? Well laid out and executed; I sat back and marveled at the construction. Quite a feat.

Peter Gordon once gave me really useful feedback on a Schrödinger I submitted to him. He commented that they've been done enough now that both solutions really have to be spot on. If it's a stretch for a solver to possibly enter one of the solutions, it's not good enough for him. I thought he hit the nail on the head.

Take GEE and DEE, for example. This one is perfect, as the clue clearly is wordplay hinting at entering the first letter of Greenland. Or is the last letter? I put in GEE right away, but later I went back, wondering if I should have put in DEE. Beautiful. [Black ___] also worked really well, as black bear and black bean fit perfectly.

Others felt strained to me. NOTARY was the obvious solution, once I got a few crosses. But why would the clue reference a lawyer if the ROTARY (telephone) was the answer? It would have worked so much better as a Schrödinger if it had been predominantly lawyers that used rotary telephones. Same with AID / AIR, where AID station felt much more "correct." I didn't care for BUD and BUR for a different reason, as BUR is a bit of glue I avoid like the plague.

Overall though, really nice work, especially in the big NE and SW corners. I don't play Scrabble so the impact wasn't as strong for me as it might be for others, but I can certainly appreciate the difficulties involved in the construction.

I'm setting the over/under for someone to execute on a Schrödinger with four possible answers at ... 256 days.