These quantum crosswords have, by design, more than one correct answer 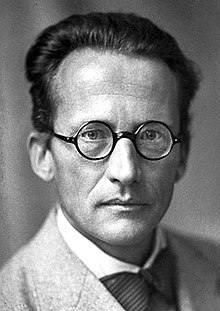 Is it a wave or a particle? Sometimes, the answer is, yes. Or both.

Solutions to crossword puzzles are always unique, except when they're not. Here are the grids with multiple correct answers from oldest to newest.

Click any thumbnail to see the full view, including animations!

Joon Pahk suggested the name for these puzzles, based on Erwin Schrödinger's poor cat who was either alive or dead. Or, more accurately, both alive and dead. Either answer is true. This sort of thing can happen when the strange world of the quantum impinges on our prosaic macro existence. And, as seen here, it also happens in crosswords.

The earliest known Shortz Era Schrödinger puzzle is "Choices, Choices" by David J. Kahn. Ten squares (so 20 words) have two correct answers.
[Solve & Print]
Jeremiah Farrell created the most famous crossword in NYT history. Published the day of the 1996 U.S. presidential election, the central prediction, "Lead story in tomorrow's newspaper (!)", can read either BOB DOLE ELECTED or CLINTON ELECTED. The crossing answers fit the clues for either. Click the thumbnail for details.
[Solve & Print]
Patrick Merrell followed up with this "prediction" about the Tour de France.
[Solve & Print]
Ethan Friedman was the next constructor to pull this stunt with this study in black and white.
[Solve & Print]
David J. Kahn gave us a history lesson with this Schrödinger puzzle.
[Solve, PDF]
Damon J. Gulczynski parsed XorY type words, using them as hints to the dual squares.
[Solve, PDF]
Dan Schoenholz incorporates a classic joke in this one.
[Solve, PDF]
Andrew Reynolds plays on HEADS or TAILS, with an incredible 13 entries having two solutions.
[Solve, PDF]
So, you're looking at your Scrabble rack with seven letters. What are your options? This puzzle has 27 distinct correct solutions.
[Solve, PDF]
Ben Tausig uses GENDER FLUIDity as a rationale for this one, four squares that could be either M or F. The SAME sex / SAFE sex one is beautifully done.
[Solve, PDF]
Timothy Polin turned a WORD SQUARE into a W or D SQUARE.
[Solve, PDF]
Heads or Tails is a great Schrödinger option, and Xan Vongsathorn gets extra ambitious, using nine indeterminate squares.
[Solve, PDF]
Andrew Kingsley and John Lieb came up with a new twist. Three-letter answers squeeze into two spaces in two ways each.
[Solve, PDF]
Zachary Spitz shows us what many PSAs look like, taken literally.
[Solve, PDF]
This David Steinberg creation is a Schrödinger with a twist. Or rather, a couple of twists.
[Solve, PDF]
Stephen McCarthy hosts a Sci-Fi Showdown. Which major franchise will be the winner?
[Solve, PDF]

As the Pre-Shortzian Puzzle Project keeps reminding us, many of the gimmicks that seem so modern have a longer history. There was one Schrödinger puzzle in the Maleska era:
Nine different squares have more than one correct answer in this ambitious puzzle by Ralph G. Beaman.
[Solve & Print]
XWord Info Home 1c57 : 0.14 sec