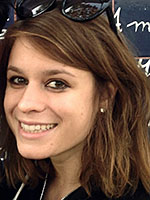 There's a great "something for everyone" vibe to this puzzle, drawing from such diverse topics as literature (MUCKRAKING — dang it, that's MEATPACKER) to meteorology (SQUALL LINE) to geography (MAUNA KEA) to finance (BEQUEATH). And that's just the opening corner! It'd be interesting to see what entries came from which contributor, but there's a wide breadth of knowledge represented in any case.

I've never seen a center quite like today's R-L-R-L alternation. That's a neat layout, allowing for four excellent long entries while trying to minimize their overlap. Smart! DNA PROFILE / THAT WAS CLOSE / HOME RUN TROTS, great stuff! I don't know that most solvers will notice or care, but it spurred me on to check out their individual sites.

I rarely have to put down a Saturday puzzle these days, thanks to all the practice my compulsive solving neurosis gives me. I got stuck in the SE corner, though, a frustrating ordeal. Even though I've studied Python (programming), I couldn't pull out TUPLE (which goes to show you how hard I've been studying).

As a former jazz musician, maybe I should have known STOP TIME. Needless to say, I was that trombone player who hid in the corner and played as quietly as a flute.

Even when I did uncover PLEASE RISE, it didn't feel as strong as ALL RISE. TAMENESS is at best a tame answer, and PEACES is probably related to "peace out"? I either felt old or stupid. Maybe both.

I can hear the kids these days peaceing me right now.

This isn't my favorite type of Saturday, with a lot of the difficulty stemming from unfamiliar entries like SQUALL LINE and ET ALIBI, but I appreciated the inventive layout featuring fantastic marquee entries. 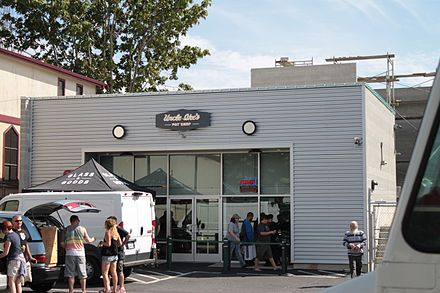 I loved 95% of this puzzle and was all set to make it my POW! Amazing gridwork, with so many colorful HUMDINGERs. Congrats to both relatively new constructors, such top-notch craftsmanship!

Then, I finished at MODEL MINORITY.

Sid and I had a thoughtful exchange as I struggled to come to terms with how depressed this entry made me. I hate being reminded of something that has plagued me my entire life. I turn to crosswords to escape the realities of the world, and these days, I need escapes more than ever. In Stella Zawistowski's words, "The whole point of a crossword, or any puzzle, is to surprise and delight people."

It sucked to have delight taken away today.

Additionally, the MODEL MINORITY stereotype can't be summarized in a pithy crossword clue — any short sentence is likely to do it serious injustice, or worse. I wonder how African-American solvers will react, since one could argue that Asian-Americans aren't the ones hurt most by this "myth."

Sid believes that it's imperative to force these discussions. I don't agree. Rarely do Americans like being forced to learn, especially when it's about politics, race, or religion. I fear that Sid's philosophy — to which I devoutly subscribed when I was younger — will achieve more harmful backlash than good.

So how do you influence people? I don't have a great answer, but as more gray enters my beard, I've come to believe that more subtle, less in-your-face approaches are better for achieving long-term results. If you feel the need to use crosswords to teach, instead of blaringly headlining MODEL MINORITY, why not tuck MODEL into the fill, clued as [___ minority (damaging racial stereotype)]? That might have more quietly but more effectively sparked people to go read up on it, maybe even with an open mind.

I'm hopeful that if more big thinkers like Sid focus their efforts on devising creatively subtle approaches that reach people in a way that they're open to listening, the world will slowly morph into a less angrily divided place.