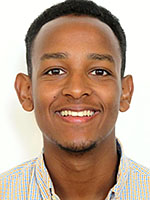 With this puzzle, I wanted to try out a new themeless layout that allowed for some 13-letter entries. I started with this grid layout and one seed: ALLSYSTEMSGO. I quickly discovered that I was onto something when I dropped NOTUPTOSNUFF into 21 Down, and then it was pretty smooth sailing from there. I hope you all enjoy the end result! Thanks as always to the editing team for sprucing up some of my clues and also for keeping my favorite one of mine ([Leftovers from a doughnut, say] for TIREMARKS).

PS: if you're a POC or are from an underrepresented group in crosswords and you have an interest in dipping your toes into construction, I would love to do what I can to help you get started! Whether it's discussing theme ideas, trading tips on grid construction, or collaborating on a puzzle, I would love to chat! You can DM me on Twitter @yacobyo or hit me up on Facebook.

The seed for this puzzle was 1-Across; it's my life motto. When I originally submitted this puzzle, I was expecting a rejection because I thought that that seed might not be seen as in-the-language enough. In fact, I heard from another unnamed constructor that they had a puzzle a couple of years ago rejected with that same entry as a part of a seed stack for the aforementioned reason. Given this, I was pleasantly surprised to hear the good news.

PS: if you're a POC or are from an underrepresented group in crosswords and you have an interest in dipping your toes into construction, I would love to do what I can to help you get started! Whether it's discussing theme ideas, trading tips on grid construction, or collaborating on a puzzle, I would love to chat! You can DM me on Twitter @yacobyo or hit me up on Facebook.

I proposed the idea of a Black Constructor's Week to the editorial team when I submitted this puzzle. I've always felt like mainstream crossword venues like the NYT fell short in diverse representation of crossword constructors. For example, I'd be willing to wager that with the 6 black constructors in this week alone, we will surpass the number of unique black constructors in each of 2018 and 2019 (and probably many other years).

Given this unfortunate truth, I often try to think about ways to create spaces to amplify and make space for more diverse voices in crosswords. My hope with the creation of this week is that it might encourage more POC to consider constructing so that it won't just be the same few diverse constructors in these venues. Others before me have done this work, and I want to help advance this effort. After all, I never could've gotten to where I am as a constructor if it hadn't been for Erik Agard and the time he spent sharing his knowledge and mentoring me.

To that end, if you're a POC or are from an underrepresented group in crosswords and you have an interest in dipping your toes into construction, I would love to do what I can to help you get started! Whether it's discussing theme ideas, trading tips on grid construction, or collaborating on a puzzle, I would love to chat! You can DM me on Twitter @yacobyo or hit me up on Facebook.

After John Lewis passed away last July, I thought to myself that I should construct a crossword to commemorate his life and legacy. I jotted down lots of ideas for themes, but in the moment, I couldn't find a full symmetrical set that I was happy with.

Months later, in December, I was going through my list of half-baked theme ideas, and I came across my original ideas for this puzzle. After racking my brain, I finally thought of GOOD TROUBLE. It felt perfect; it was his slogan (watch him talk about it). This entry was the final missing piece for my theme set.

Finally, a quick shout out to AOC for making the middle of this grid possible. That section was the hardest for me to fill, and in many previous iterations, it was filled with multiple gunky entries. When I finally saw OCASIO, the puzzle fell into place.

YACOB: I love themes that play with word movement within the themers. I feel like they can lead to a strong aha moment, since, at first glance, the theme answers might make no sense. I hope you all enjoy it!

In case you were curious, here are some of the themers that didn't make the cut: HA[RPI]NGON, S[PACE]CREW, S[PITT]AKE, F[REED]IVE.

CHAD: Super excited to be making my NYT crossword debut. This acceptance came after a half dozen or so unsuccessful attempts, so for any aspiring constructors out there, definitely keep at it!

All credit goes to Yacob for this theme idea. As for the fill and clues, I tend to enjoy more trivia-y content, and some of my favorite clues of ours that made it through the editing process are 14A, 2D (loved those bands in high school!), and 58D (one of my all-time favorite shows). Very cool to see this run as a Thursday; some of the clues have definitely been Thursday-ed up a bit, but hopefully nothing too tricky!

YACOB: In June 2018, Erik and I were brainstorming themes for a back-to-school themed puzzle for the Lollapuzzoola crossword tournament. In our list of funky ideas, we considered making a puzzle centered around the revealer PASSING NOTES where musical notes (e.g. DO/RE/MI) would move from one theme answer to the next. I wrote up some code to try to find entries that could work for each musical note.

ERIK: Little did we know that Paolo Pasco was already working on a similar puzzle for the tournament! It's always a bummer to be scooped on a theme idea, but it stings a little less when it's by one of the greats.

YACOB: After Lolla, we remembered that we found a lot of promising entries for RE, and we figured sometime down the line, we could find a way to make a cool theme centered around just moving RE. This is that puzzle! Hope you all enjoy :)

Thanks to Jeff Chen and Ryan McCarty for providing early feedback and pushing me always to keep improving my fill! And to Erik Agard for helping to encourage me to start making themelesses!

YACOB: I found Erik after he mentioned the Facebook group he created (Crossword Puzzle Collaboration Directory) in the XWord Info notes for one of his puzzles in 2018. I reached out to ask him for ideas on how to improve a theme idea I had in mind. He responded fifteen minutes later with a bunch of useful feedback. Two months later, he checked back in to see if that theme idea had materialized and asked if I was interested in co-constructing a puzzle. I said yes, and this is the puzzle we produced! Since making this puzzle, we worked together on another one that ran as a part of the Lollapuzzoola tournament last summer.

Just wanted to shout out Erik for being an awesome mentor! And also, if you're interested in learning how to construct, the Facebook group is a great place to start and look around for resources and potential mentors.

ERIK: If memory serves, this is the lowest proportion of clues I've ever had changed by editors from submission to publication, which seems like a strong argument either for collaboration in general or for working with Yacob in particular (I highly recommend both).

One of the first theme answers we thought of was 16-letters, so you'll notice that the grid is not square today (16x15). Given that we didn't have any other theme answers that long, we realized two things: 1) we needed five theme answers (the longest across the entire middle row, two above, two below) and 2) the revealer was going to be tricky to place. We placed our five symmetrical themers fairly quickly, but struggled with the revealer, even debating whether or not to split it between two answers with cross-referenced clues. Finally, Yacob came up with a heroic solution and found a Down answer where our revealer could cross 3 of the Across theme answers, et voila! We had all of the thematic material placed, and the rest of the grid fell into place.