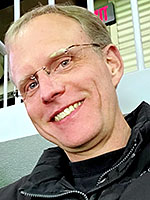 Clever concept, a common keyboard SHORTCUT inserted in place of its function. No, not its function key — its function! Why are you getting so irked? It's as simple as using the control key for the function! Control yourself, man!

What is this, an Abbott and Costello sketch?

Well, it should be.

I wondered if CTRL-Z = UNDO would have been better, perhaps in TELEMUNDO. It would have been elegant to have four keyboard keys in a row, Z X C V, and if you're going by how often these SHORTCUT sequences are used, I probably hit UNDO 84 times per minute.

If only there were a undo button in real life.

Ultimately though, I decided that TELEMCTRLZ would be inconsistent with the others, because CUT, COPY, and PASTE are clearly identifiable, making them easier to spot and less confusing for people who don't already know these SHORTCUTs. CTRLXOFFS does look bizarre, but it's easy to see OFFS as a real word, helping solvers to catch onto the concept. Not so much with TELEM.

Can you imagine uncovering something like PUBLICTRLXILITY? As much as I like hard puzzles, that wouldn't be any fun if you didn't already know CTRL-X is CUT. So I think Wayne and Gary made the right choice to go simpler.

Interesting decision to lay out the themers in a pinwheel. For theme phrases containing seemingly random strings of letters, I prefer for all of them to be laid out horizontally, since they're much easier to read that way. There is something cool about SHORTCUT intersecting TOOTHCTRLV, though.

A couple of blips in grid execution — A MOOD isn't necessary, in an area as unconstrained as the north, for example — but overall a playful yet CTRLXTING commentary on our digital lives. A welcome debut effort.