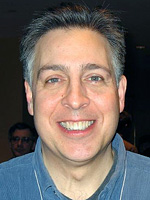 I had made a puzzle years ago where the theme consisted of phrases in the form of "___ OF ___," but with the first and last words swapped: one was PARIS OF PLASTER. I remembered that theme recently and noticed that removing the connecting "OF" in some of the base phrases made for a whole new range of meaning changes.

As you can imagine, this is quite a fungible theme — I'm pretty sure there are about a million "___ OF ___" phrases — so, in an effort to winnow down the pile, at first I tried to make them all have some other thing in common, and I wound up with a group of phrases related to woodworking. A few examples were BOARDEDUCATION and TABLECONTENTS. I submitted that puzzle first but a few of the theme entries did not feel quite right to Will — however, the overall idea was acceptable enough to merit a rework, so the published puzzle was actually the second crack at it, and FRAMEREFERENCE was the lone holdover from the woodworking version.

One thing I enjoyed in particular about this version was, the longest entry was one that wouldn't have worked the same way before the age of Netflix and the like. It's always nice to have an opportunity to use a relatively new sense of a word, and sometimes that can be the thing that makes an old theme finally come together. The moral is, don't throw out those partial theme ideas!

Thanks again to Will, Sam, and the rest of the gang for all their input.

Placing the additional Js was the main challenge in making this grid, with EMAJ maybe the main concession — but that's a nice-sounding key so, I for one am OK with it!

JOAO came to mind from a musical place, as well. Andrea and I both love names, and our initial, proposed clue was [Stan's partner on the 1964 multimillion-selling "Getz/Gilberto" album]. Having seen a clue in this Friday's puzzle referencing STAN Getz and his nickname, "The Sound," I half hoped that was somehow meant to help prime solvers for this, coming Getz reference in the form of JOAO (Gilberto).

However, the revised clue [Ian : Scottish :: ___ : Portuguese] does give the solver a fairer shot at getting this unusual-looking name, not used previously in the NYT puzzle, as they do not need to know Joao Gilberto to get the answer ... still, I do hope they will go and find him and that classic record that helped popularize the Bossa Nova in the U.S.

Similarly, JOSS went from the restrictive (name) [Screenwriter/director Whedon who created "Buffy the Vampire Slayer"] to the more gettable [Kind of stick for incense].

The seed inspiration we had was FARMER IN THE JELL ironically not realizing JELL wasn't a word!

Tony carefully worked on the grid ensuring that there were no other unchanged D in the theme answers.

Although there are a limited number of words that start with J, we had a surprisingly rich list to choose from and would prob still be generating ideas if I had not insisted we actually send something in!

We like to break the rules, as long as it's for a good reason, so this started with the desire to do a repeated word theme. Various sandwiches with their layers of BREAD were discussed, but eventually a stack of flapjacks was selected. The theme square count was a little shy, so a couple of syrup options were added. Maybe we'll do a tribute to waffles next.

As is sometimes the case, the idea for this one came from what would wind up being an unused entry: COLLISION CORSET. Not sure why that popped into my head but, there it was! So, armed with/infected by that, I went in search of phrases that could work the same way — with the added ET sound, plus the change of spelling/meaning to the base words — and came up with these. Though I like them all enough, my favorite is VANITY FERRET — mostly because I could see myself strutting around with one of those, looking down my nose at the less fortunate, posh-pet-challenged passersby.

Not too many clue changes from my original submission, but, for vanity's sake, two worth noting. For WANDS, I'd wanted to give a nod to my daughter, Sarah Kate, and her love of all things Harry Potter, so had offered "Diagon Alley purchases." Then, for YOGI, I'd looked out the window and thought of my neighbor, NYT sportswriter Harvey Araton, and plunked down "'Driving Mr. ___' (Berra book by Harvey Araton)." Well, those didn't make the cut, but at least I get to mention friends and loved ones here!

Thanks again to Will and crew — and, happy puzzling!

For a delightful stretch of years, Patrick and I were never without some puzzle idea brewing that we could work on together, and this one served to get us back in the flow. I had a bunch of entries and knew it would be something Patrick would enjoy joining forces on. As usual, we had plenty of fun trying to find a good theme set. Adding the commonality of names, and having the changes all happen the same way, made it come together in a way that felt worthy of making it for public consumption (as opposed to our own entertainment). It's fun to make crosswords, and it's really fun to make them with Patrick!

We had a long list of rejected near misses and, as anyone who's ever tried to think up spoonerisms can tell you, it was not the easiest task to keep them straight and pick through them. In defense of one early one I had — FRIED COWELL [Gave a scorching review of talent judge Simon?], which was not a true spoonerism because it conveniently separates the changing sound (a proper one for CRIED FOUL would/should be FIED CROWEL) — I told Patrick "I know of no governing body of spoonerisms that would disallow it." As a character played by John Cleese on "Cheers" said: "Ah. The cry of the truly desperate!" With desperation on this one now passed, I'm looking forward to the next one with Patrick.

It's a blast making puzzles with Tony, too! We work really well together, and we each bring our unique personalities to the table, as well. I sure do miss kicking around ideas with him over various lunch tables since I moved to STL, but I'm not missing things like the smells (or the prices) of the City So Nice They Named It Twice, that's for sure. As for this puzzle, the first email I see about it was back on 10/28/13, and we sure did go back and forth a bunch before settling on the theme answers. The grid came together pretty quickly, and I took far too long to write my clues (something called Lollapuzzoola seems to have gotten in the way). Sorry to see some of my favorite clues on the cutting room floor, but I guess that means we just get to use them the next time those words come up. I'm ready to make another whenever you are, Tony!

As with other puzzles that I've done with seemingly random added letters, this one came from having one of the phrases pop into my head — in this case, it was 32-Across (LEAVENING LAS VEGAS). That the added letters formed a spelled-out letter, and could also be a word or a symbol, presented some nice possibilities for titles and other theme angles, but I decided to just have fun with some silly phrases and leave it at that. I did happen on 90-Down (ENDASH) while filling and thought that would be a nice nod to the theme.

The only theme clue Will changed was 99-Across (ENSIGN OF THE ZODIAC), in which I'd originally referenced the motorized rubber raft brand. It probably is too obscure, but I did enjoy the image of a naval officer being relegated to the command of a rubber raft.

Some other clues were tweaked by Will for the better and for the benefit of the solver. One of the harder ones, my initial AGNEW clue was [Veep who called some opponents "an effete corps of impudent snobs"] — the fact that I'm old enough to remember that event fairly vividly (as well as my mother's pin proclaiming she was "An effete snob for peace" — groovy, baby!) is consistent with the equally mind-blowing fact that I am the proud father of two kids who've gone through college: well, Happy Father's Day to me — and to all you solvers!

My second Sunday came about through meeting Patrick Blindauer's close friend and collaborator. Tony Orbach is the one of the most beloved people in Crossworld. So funny and lots of fun ... so we tried to come up with fun bouncy phrases where we added an "I". I wanted just phrases that ENDED with I, like, AREWETHEREYETI and OPENWIDEANDSAYAHI, so you could REALLY "hear" the additional i. But Tony liked to mix it up a little, like MARTINI AND LEWIS and TAXI EVASION. Again, I had to bow to collaboration and for the umpteenth time, they were proved right!