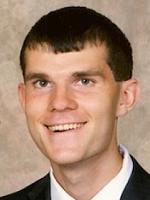 A fascinating talk on words and crosswords by Tom McCoy:

I'm reminded of this clever puzzle from 2010.

The Washington Post ran this story about Tom McCoy.

RATSO is a surprisingly common crossword answer; this is its 53rd appearance in the Times. Surprising both because Midnight Cowboy came out nearly 50 years ago, and because there's no way to clue the word without reference to that film.

"City from which the U.S. moved its embassy in 2018" is a modern clue, and one seemingly designed to either raise hackles or cause you to lovingly stroke your red MAGA cap. Is it ok to stoke political outrage in a crossword? Sure, why not? I love NOBAMA too, not because it echoes my sentiments, but because it's a lively clue tailor-made to evoke a reaction.

Baseball lingo clues carry a regionalism danger. Your local broadcaster may refer to a "singleton," but it's tough to know if that's universal language or just how your play caller talks. Still, easy enough to figure out given a few letters.

The RATE clue is a little geeky, which I like. NASAL CAVITY is a snotty answer. I didn't know EPIZOA. "Little protestation" is a terrific clue for PEEP. The 2007 film "LARS and the Real Girl" is delightful. Lars's companion Bianca, not exactly a real girl, is a sex doll. No, really, it's more charming than it sounds.

That wraps up another Jeff and Jim Cross Words week. If we get enough feedback, we might do this once a month or so.

The PDF shows that this grid was hand-drawn in print. Garson Hampfield would be proud.

Circles in grids have referred to circular things in the past. Elizabeth C. Gorski did it with champagne bubbles and with car wheels. Mr. McCoy goes a step further. As Jeff points out, today, the circles represent circles. Nice.

Since Jeff called me out, let me try to defend myself and this theme. English is full of amusing curiosities, and one of the curiouser is that some nouns exist only in plural form (you can't use a scissor or wear a pajama, a sunglass, or a trouser) yet when they're used as adjectives, they are singular. Why? It's a mystery. And like most amusing curiosities of English, it makes for a fine word puzzle theme.

If math puzzles are more your thing, proving that integers from 1 to n sum to n(n+1)/2 is a fun challenge. Try drawing pictures. You'll get a nice Aha moment when you realize why it works.

I liked this one even more than Jeff did. In fact, I named it my Puzzle of the Year for 2014.