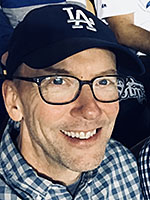 Debut! I'm impressed to see a new constructor using mid-length slots so wisely. It's often tough to wring juice out of them, as so many entries in the 6-7 length are ordinary, overlookable words. Not so with VIP PASS / MILK BAR (a high-end place that's too fancy for the likes of me) / PT BOAT. Not SUBPAR at all!

I was doubly impressed to see how little crossword glue Temple used. Such a smooth solving experience; virtually nothing that gave me a hitch as I went along. I've heard complaints from solvers about the Thai BAHT and other currencies, but as a finance junkie, they seem like terms that ought to at least be in an educated solver's cloud of knowledge. (Floating in the periphery, at least.)

Seriously, the Thai BAHT played a central role in the worldwide financial crisis of … okay, you've stopped listening. I don't blame you.

With a traditional 72-word layout – four sets of triple-stacked 10s in the corners – it's critical to make every precious long slot count since there are so few of them. I'm a huge sci-fi fan, so TIME TRAVEL was a standout for me. And that clue! [Not live in the present?] is a brilliant repurposing of "live in the present."

I use the terms billions, jillions, kajillions, bazillions. Not SQUILLIONS, though. A little research leads me to believe it's one of those words I'm not cool enough to be permitted entrance to (see: MILK BAR). And when I start using it, everyone else will stop.

It's tough for a debut to push into POW! territory for me, but this one made a good run. Having never seen ANIMANIACS, feeling like BLOWS APART was more neutral than an asset, and being undecided on ABOMINATES ("abomination" seems great to me, "abominates" less so), it didn't quite get there.

But quite a strong debut; smart decision to go for a low level of difficulty and execute on it well.