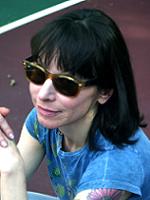 Fantastic to see a brother and sister team up! I'm trying to get my nephew (age nine) to co-construct with me, but he stubbornly and heinously insists that LEGOs are more fun than crosswords. I will break him sooner or later.

Five grid-spanners (21-letter lengths) plus two 18's make for a tough construction. All those long across entries necessitate a spate of down entries which must cross two or more theme entries. Pete and Sue use a quasi-stairstep pattern (note how most of the black squares flow NW to SE) which is frequently employed to reduce these constraints and segment the grid into sections. Working with smaller subsections is much easier than trying to fill an entire grid as a whole.

Areas that are more cordoned from the rest of the grid tend to be easiest to fill. Let's look at the ROLEX/BRIM section at the west. There are five parallel constraints (five down words that must cross both of the theme answers), but the fact that this area doesn't have to connect to anything to the left makes it easier. Pete and Sue did an admirable job with a tough set of constraints, only OONA being slightly esoteric (I'm still not sure what her "Game of Thrones" role is, but then again, I still get Renley Baratheon confused with a dozen other people).

Now consider the adjacent POOH/SOMA section. This part must connect to the left (into the ROLEX/BRIM area), but also to the SE (the BITO/TCBY area), which already has its own constraints. The result isn't as nice, with a IMRE crossing SOMA. That's two subsections covered, and the constructors have roughly a dozen more to boot, each with its set of constraints. Is it any wonder that Sundays are so much more difficult to construct than weekday puzzles?