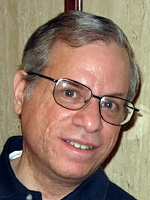 I understand Stanley Newman's reticence to avoid well-worn clues, but no sneaky international law reference is going to stop me from being reminded of one of my favorite films, The Prisoner of Zenda. Of course, I mean the 1937 version with Ronald Colman and Madeleine Carroll. There are several other film versions including two previous ones from the silent film era and a near shot-for-shot color remake in 1952 starring Stewart Granger, Deborah Kerr, and James Mason. The Colman version is best.

The point is, crossword solving is personal, and a single answer that happens to spark joy, even for tangential reasons, can elevate the whole experience. I enjoyed today's puzzle far more than Jeff did. "We are, in fact, amused."

In this zero-based puzzle, OOO is in the top right, and ZIP is opposite. The most frequent letter in the grid is O. There are 24 of them.