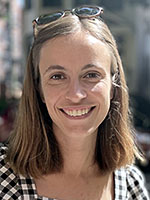 ★ In basketball, a HEAD FAKE is when you telegraph a move by jerking your eyes or chin one way, then take off in the other direction, blowing past your defender. A successful HEAD FAKE leaves the person off-balance, tripping on their own feet. That's known as "breaking your defender's ankles." Back when I was quicker, the highlight of my rec bball days was when I head-faked a friend so bad, his toe literally tore through his shoe as he fell onto his butt. It was glorious! 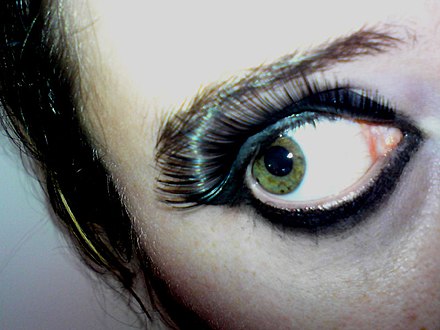 Not as glorious as the deception today, though. The clever wordplay on the themer clues threw me off balance, not seeing what Sophie and Ross were planning. I had to work hard enough to understand that [Batter's additions?] referred to someone batting their EYELASHES that when I got to HEAD FAKE, I was dumbfounded, trying to figure out how Sophie and Ross got past me, lifting off for the windmill dunk.

When someone skies over you and dunks on your head, it's called "getting posterized," as in that pic will end up as a poster on someone's wall. When that happens — as it frequently did to me — the best response is to shake the other person's hand and admire the feat of athleticism.

I did hitch a few times in the fill, akin to when a point guard almost travels by turning their hand over the ball (called "carrying"). I know WOAH mostly from old Tintin comics — Snowy the dog often said it — but younger generations have adopted this stylized spelling of "whoa."

PIECEWISE … it's been a long time since I've taken any math, but don't most mathematical functions change at different intervals? Yes, but the clue is (awkwardly) getting at step and sub-functions.

And I'm inured to a lot these days, so I got an off-kilter smile out of NIP crossing NON PC.

Neat to see SCALED referring to both fish and rock walls. Ross and I are both avid climbers, so the insidery nod made me smile.

Small nips — er, nits — aside, an excellent debut that so aptly faked me into a beautiful a-ha moment.