What a neat visual! Something so pretty about those four diagonals leading out to the four sets of circles. Eye-catching, artistic pattern. 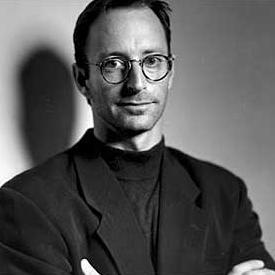 We get THE WORLD circling in four places … that must mean "around THE WORLD"? ... with the SUN in the middle of the puzzle? It didn't all click for me, as I wasn't sure why around THE WORLD was circling … around what? And why were four worlds circling the SUN?

I'm sure my comics-ubergeek brother will clue me in, telling me about some fictional star system with four worlds circling the SUN. It'd be so awesome if it were called ETRURIA or ASASON!

Speaking of those, it's so tough to avoid obscure or esoteric entries when filling around so many circled letters. Although Derek and Sarah have a lot of flexibility in 1.) which way THE WORLD revolves and 2.) where to start it, it's highly likely that exactly zero of the 16 possibilities would have been easy to fill around.

I was all set to say how impressed I was with the NE corner, chock full of BATH TOY, PRELUDE, OODLES, and … ASASON? Oof. You can love someone like a son, you can think of someone as a son, but AS A SON by itself would be a puzzle-killer for me.

These types of heavily-constrained biggish corners tend to need entries with -ER and -EST additions, and/or RE- prefixes. The SW corner is a perfect example. EASIEST is a fine word, but ADORERS and LITHEST are both iffy.

It's common for these biggish, constrained corners to need short gluey bits, too. I don't mind an innocuous (and easily gettable) ESE. Maybe I should have known Jack SOO, one of the few Asian actors of his time? DIECI is … Italian for ten? Herb RITTS? Hmm.

This sort of puzzle with heavy constraints — so many letters fixed into place all over the grid — is so hard to pull off well. All in all, I would have liked a bigger payoff, something that made more sense of the rationale why four THE WORLDs were going around the SUN.

Still, what a great first impression the blank grid made on me.

ADDED NOTE: Astute reader Seth Cohen pointed out that THE WORLD rotates regularly, shifting two spots at each new position ... sort of how our world rotates as it revolves around the SUN. D'oh, can't believe I missed that. That does make much more sense now. I'm embarrassed to admit that I stared at everything for a good 10 minutes but couldn't piece together exactly what was going on.

Fun idea, themers starting with the refrain E-I-E-I-O. I love E PLURIBUS UNUM, such a snazzy phrase, and the I FORMATION is excellent football lingo. E STREET BAND is fun too, even this pop music idiot recognizing Springsteen's band. Really nice to have EIEIO tucked in the perfect spot, the final across answer neatly wrapping up the puzzle.

I initially wasn't a huge fan of O HENRY TWIST. It sounded made-up to my ear, an answer manufactured to match E STREET BAND's length. But after looking it up, I've slowly been cottoning to it. It doesn't Google well (in quotes), but it does make intuitive sense. I'm still undecided as to whether or not I'd ever use it in one of my own crosswords.

That EIEIO in the bottom right is much harder to work in than it might seem — there's a reason why so many constructors place their short revealer in some odd position rather than in an elegant one. Check out how much constraint it places upon the grid, what with TWIST fixed in place just two rows above it. Not a lot of flexibility, forcing things like STYE SEI TSO. None of those are that bad, but in aggregate, it's the only section in the grid that feels a bit gritty.

The EIEIO placement also hamstrings you by making it tough to incorporate longer bonus fill. Without it, the black square between NOSH and WII might not have been necessary, allowing for a nice eight-letter entry in that space. I did appreciate Sarah's efforts to get some bonus material like MARACAS and MAESTRO, but a little more would have been nice. (I know, I always want a little more.)

And AO SCOTT … it's a nice entry, with that bizarre AOSC start. But I feel like its placement doesn't work well with today's theme, making me see E I AO E I O. So many single vowels. It's a minor point, since the E I E I O are placed at the start of the longest grid entries.

Otherwise though, a tidy theme with generally nice grid execution.