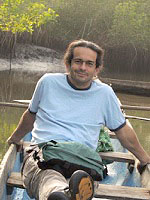 Crosswords have tapped animal themes so many times, that you need something special to prevent an editor from saying BAAAA-humbug; to encourage them to yoink your puzzle from the slush pile. (Bad animal sound puns won't accomplish that.) At first glance, I couldn't give a quack about three animal phrases, but the revealer made me shout EEE, I owe I owe this another look!

Hopefully you noticed the three pairings, MUUMUU under cow, NAE NAE stacked with HORSE, and BABA tucked below SHEEP. Great additional layer (different from how a hen is a "layer"), disguising the OLD MACDONALD sounds so neatly. And nae, it's not simply a single NAE, but the doubled NAE NAE echoes the classic children's song lyrics perfectly.

That in itself would have been strong enough to make the theme stand out, but to stack the noises directly under their respective animals is a tour de force, especially for an early-week puzzle. This touch makes it much less likely that a novice solver will miss what's going on (although we have highlighted them below, just in case).

Sandy brings up a good point about HSBC and IERE. One hundred percent of editors will cringe at the latter, but I don't mind the former at all, as HSBC is huge in the finance world. It is critical to give ridiculously simple, unambiguous crossing answers, and Sandy delivers.

I've seen so many animal / animal noise themes over the years that it's nearly impossible for one to stick in my brain. Kudos to Sandy for making it happen.

I particularly liked the ones where the answer in the grid made no sense until grokking the theme idea — CUISINE isn't a brand, but (LEAN CUISINE) is.

CHANCE and JEANS didn't work as well, as both could fit with their respective clues without the implied qualifier — a long shot does have a CHANCE, and some JEANS are form-fitting.

Some nice gridwork for a debut. It's tough to work with short theme answers, because that means you'll need a bunch of long fill elsewhere (due to the maximum word count limit of 78). That bottom left corner shines, with OMNISCIENT running through a RAINOUT, and some PINE TAR giving a baseball mini-theme. EXECUTE even gives us a bonus — a rare X. All that for the price of an OST = great craftsmanship, especially considering how hard it is to work with all that white space.

The upper left corner didn't come out as well in my eyes. TOOK HEART is good, as is ALA MODE and THINKER, but IDLER has a made-up feel, and PEER INTO is more neutral than positive (I have a hard time getting excited about phrases with a tacked-on preposition). And CARIOLE … it's a real word, but it wasn't satisfying for me to uncover, after working so hard to piece together every letter.

There were also a few HRS, PEU, COSM blips (that last one seems more major to me than the others), but some nice fill to help balance out those liabilities — PUT TO A VOTE, SHINDIG, TOURISTS stood out in my eyes.

I liked the creativity of using these thin columns, but the trick might have played better on a Tues or Wed since it came pretty easily and could even be (mostly) overlooked while still finishing. Still, always fun to see something kooky going on, deviating from neat little square boxes.