13 puzzles by Roy Leban
with Will Shortz comments 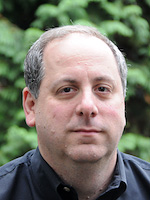 Roy constructed this puzzle shortly after American Pharoah won the Preakness in May. We had an understanding: If American Pharoah wins the Belmont (and, thus, the Triple Crown) on June 6, I will then rush the puzzle into print. If not, his beautiful work will go to waste.

In a sense, Roy had a $300 paycheck riding on the outcome!

Fortunately, American Pharoah did win. The race took place on Saturday evening. I edited and typeset the puzzle on Sunday morning. The testers solved it and got me their comments by afternoon. I polished the clues. Ellen Ripstein went to the Times on Sunday night to prepare the files in all the formats for both print and online. Et voilà! Done with time to spare.

Conceivably, we could have rushed the puzzle into print on Monday, bumping the puzzle that was already scheduled then. But the Times crossword now appears in so many formats that a last-minute swap isn't easy. There would have been a serious chance for a screw-up somewhere besides. So Tuesday was safer, and the puzzle's theme and fill felt more Tuesdayish anyway.

A couple of notes on the clues:

Altogether I think this turned out well. Thank you, Roy (and American Pharoah)!

The previously scheduled June 9 puzzle will now appear on June 30 instead.