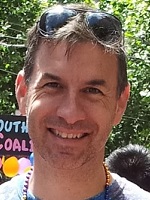 ★ It's rare for me to have a magic solving moment, and Rich gave me one today. This wordplay enthusiast read [1st and 5th] and thought about 1st letter? 1st syllable? 1st theme answer? Even when I uncovered VULCAN SALUTE, I still had no idea what was going on. Not many Vulcans I know refer to the SALUTE in such a lengthy way as [1st separate, 2nd and 3rd …] That would be illogical! 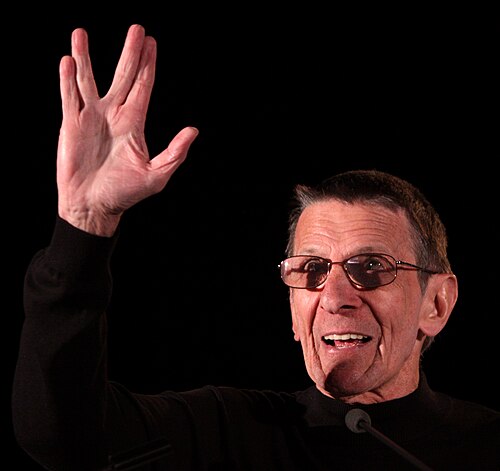 It wasn't until I hit DIGITS that it all fell into place. Aside from my confusion that of course 1 and 5 are DIGITS, well duh, why would you even point that out … oh, that kind of DIGIT! Brilliant!

The theme set isn't perfect, since CAN I GET A LIFT doesn't seem like something a hitchhiker would say. Maybe CAN I BUM A RIDE? And then there's the question of how a Vulcan hitchhiker would try to bum a ride.

I'd make a terrible Vulcan.

What, no THE BIRD to match VICTORY? I wondered if that would be too edgy, but the NYT did print one a few months ago that … I mean, come on. MIDDLE sticking straight up? 3rd indeed!

I also got bogged down by some gridwork issues, a bit of AKNOT ARESO here, IMAGO there, and the super-tough crossing of ENOKI/KUSH. I do think those last four entries are fair game (most every editor would ding AKNOT), but in more moderation. A 5x5 corner like the NW is usually easy to fill, but allowing it to expand toward the center makes for a challenging swath of white space.

A fantastic theme doesn't come along often, especially for us die-hard daily solvers. Yeah, some issues in execution might normally take a puzzle out of POW! consideration, but a concept this fun makes Jeff incredibly happy.

Look at all those crossing long entries! I'm a big fan of mirror symmetry in general, and one of its advantages is that it gives the constructor flexibility to pack lengthy phrases in unconventional ways. Typically, skeletons of intersecting long entries seem like they should space things out nicely, but they often come with unforeseen problems in one or more regions. Worse yet, it's maddeningly unpredictable as to which regions. 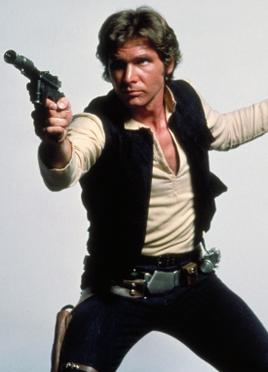 For a grid like this, if you can make the toughest area work — in this case, the bottom (triple-stack intersecting two long entries), the rest of the puzzle is more tractable. INITMATE APPAREL / SOLO PERFORMER are great, and REPUTATIONS has potential for a clever clue to enhance its effect. Additionally, the -TOR and -RES endings for 1-Down and 8-Down give welcome flexibility.

INITIMATE APPAREL is an evocative entry in its own right, and I enjoyed the clue's misdirect; "slips" making me think of errors or boat docks. As Rich mentioned, AUTO PARTS STORES is more workmanlike, but it becomes a sizzler when given a wicked wordplay clue … that links to INTIMATE APPAREL! I was already thinking about slips, etc. when I read "hose and belt sellers." I love getting duped like that.

Plenty of constructors have used happy faces in the past, a recent one coming to mind. Since I've seen a lot of them, they have to be spot on to make an impact. For instance, one brilliant PANDA picture managed to outshine another. Today's was recognizable as a face, but all the black squares around the edges detracted from the overall impact. Those "helper squares" are so key to making something like this work, but I'd rather blow up the face image and focus solely on optimizing for fill that's overall a bit juicier than STARLITERS, STENOS, AEOLUS, LATENTS, TILT MECHANISM (pretty niche piece of equipment), etc.

Solid execution, and a great example of how a themeless can feature a ton of super-long entries, while still keeping short fill clean. Not enough pizzazz to get POW! consideration, though.

Oh, GROOOOOOOAN, yet another puzzle with gods hidden in phrases. And Rich Proulx couldn't even be bothered to locate them inside phrases, lazily resorting to circles higgledy-piggledy scattered about?

AND he drew from a mish-mash of backgrounds, Roman, Greek, Norse, and then back to Greek? Come on, at least be consistent! Make more of an effort to ...

I love being slapped upside the head with my ego and stupidity. This is a true WITT (Wish I'd Thought of That) theme, where LOVE CONQUERS ALL contains the god … are you ready for it … this is so awesome … oh my god(s)! … THE GODDESS OF LOVE, VENUS!

This might be my all-time favorite within the "circles spread throughout phrases" theme type.

That feeling of déjà vu … 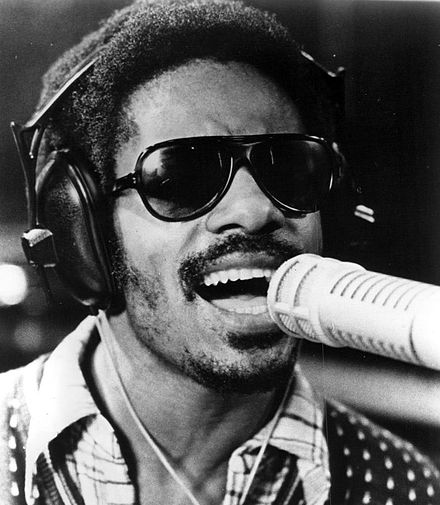 I liked today's execution better than the FOURTEEN / POINTS one. Enough theme density to feel solid, but not enough to cause migraine-inducing constraints. Some great choices, too — STEVIE (WONDER) with a quote about vision, (WONDER) WOMAN one of my favorite superheroes, (WONDER) PARENT (my wife) …

Where were the others again?

I highlighted them below. Not sure why the theme clues weren't starred this go-around. I worry that I'm going to get a lot of "THIS @#$! CLUE IS WRONG WRONG WRONG YOU @#$#@! MORON" emails.

Speaking of wrong, I'd have liked for all the clues to feel jarringly incorrect. That was the case for WOMAN, since there was no movie titled as such, but I breezed through BREAD, BRA, and DRUG. The clues felt a tiny bit off, but not enough to make me pause.

Good spacing of the seven themers + revealer. Note how spread out they are. It'd have been great to place one set in the NW / SE corners, but I have a feeling that SEVEN WONDERS in the SE might not make that possible.

Even with good spacing, it's still a tough job to fill the grid. It ended up not smooth enough for my taste, what with AGIN (oof!), AMO, IT AN, KOR, OISE, DROITS, ABLARE. Part of the issue is that the seven WONDERS do still interact somewhat — note how ONE HIT, BRA, and STEVIE start forcing things like AGIN, ITAN, and ABLARE. A better usage of black squares, further separating these three themers, would have helped.

The hugeness of the NW / SE corners is something to be avoided in grid design. Even though those corners are hardly constrained, see: DROITS, OISE. OVERFILLing ought to be a PSA subject — break up your big spaces, constructors!

A fine idea, and just about perfect theme density for this theme type. But I'd have much preferred a 74- or 76-word grid, allowing for a more elegant final product.

Fun to have this MEATLESS MONDAY puzzle run on a MONDAY, with an appropriately vegetarian menu. I was wondering if there was a reason why these three dishes had been chosen (out of the thousands of veggie options out there)? Seems like simply because they fit into a crossword?

Some nice bonuses for a Monday puzzle, PALOOKA and KLUTZES great use of mid-length slots. Interesting to have RENTAL CAR and BIKE ROUTE in there as well. Along with TV TRAYS, that's some great fill to keep carnivores interested.

There was a bit of gristle in WISC, EGAL, LUI, BREA (how else are you going to clue BREA but "La ___ Tar Pits"?), but I think these are reasonable prices to pay for all the bonus fill Rich incorporated. I like his effort to work in so many bonuses — they're valuable in holding the interest of solvers to whom the theme doesn't speak.

It can be especially tough to work in horizontal long fill, so bravo there.

I would have liked something more out of this puzzle. It would have been nice to get some unifying reason why these three dishes were featured — maybe "all dishes featured by some famous chef" or "Oprah's favorite veggie dishes" or "all entrees starting with M M," etc., instead of simply "three vegetarian options that happen to have the right number of letters."

MEATLESS MONDAY is such a snazzy phrase, and it has so much potential for wordplay. What jumped to mind immediately was "phrases where PORK, BEEF, LAMB, etc. are removed for wacky results." That's too tricky to run on a Monday, but it feels like there's a ton of room for creative exploration.

I'm terrible judging how good puns are since to be good, they sometimes must be bad. It's confusing. I liked GHANA FLY NOW as an amusing marketing slogan for a Ghanaian airline, but BAHRAIN WASH didn't make as much sense to me. But then again, are puns supposed to make sense? 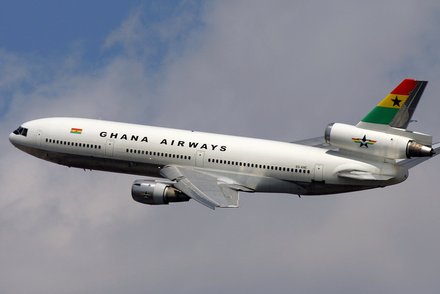 It's no wonder that I've never gotten a pun theme accepted by any major crossword outlet.

Anyhoo, I like Rich's attempt to add in some good bonus fill in case the puns didn't tickle solvers' funny bones, or caused HEADSHAKES. A GLASS EYE, one of my favorite card games in EUCHRE, a TRANSITION, BY GOLLY! These all helped hold my attention.

And lil' ol' STAPLED usually would be a neutral element of the grid to me. But what a great clue, misdirecting to a "corner piece" of a brownie tray. Great fun.

Not fun was the crossword glue. I don't mind a few minor dings like ITE, EER, AGA. It's when they all pile up, with ESSE, MOL, ANGE, IRR, etc. ... nothing is terrible, but as a whole, it's over my threshold for elegance.

Since this was a straightforward theme type, tried and true, I would have preferred it to run on a Tues/Wed, and for the grid to be smoothed out at the cost of some of the nice long bonuses.