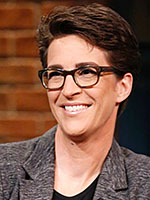 Another celeb puzzle! And a ton of Rachel Maddow-related entries in this themeless. I wasn't sure what a COUGH BUTTON was, but it made sense — a button pressed when you need to cough, so your listeners aren't subjected to the noise. So that's what that thing is called! 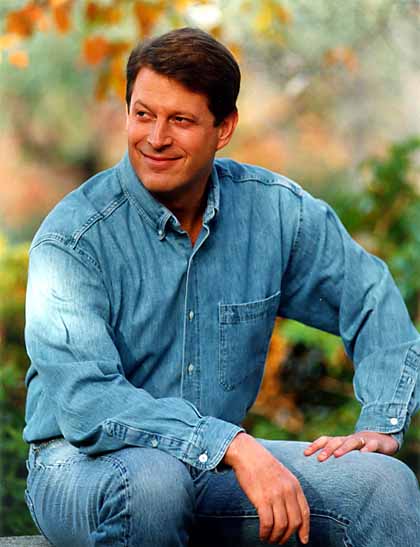 Also TV HOSTS, FOIA (Freedom of Information Act) REQUEST, FRONT RUNNER (as clued, to politics), SLOTTING (clued to TV programming). You'd think that it's easy to seed a themeless with four long entries — one in each of the four corners — but it turns out that two, maybe three, is about the max. More than that usually causes too much stress on the grid.

RMS wasn't a great way to kick off the puzzle, and APO nearby made me worry. Getting two gluey bits right away = no bueno! Thankfully, the grid was pretty clean the rest of the way.

What WAS a great way to kick of the puzzle was the clue for ROCK FANS. [Those who've seen both Europe and Asia, say] had me badly stuck on "travelers" or "jet-setters." Brilliant misdirection, using the rock groups named Europe and Asia!

A couple of other great clues, too:

Overall, I didn't think this was a POW!-worthy puzzle as themelesses go — too much wastage with long entries like IPCRESS FILE, TIDIED UP, NETTER, along with the aforementioned crossword glue — but I enjoyed the Maddow-ness.