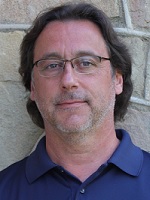 It's not often that a Tuesday puzzle surprises me, but here's one that did! Because it must be relatively easy, often times a Tuesday theme must be so out in the open or have a straightforward revealer, but not today. I really appreciated having to sit back and figure out what tied the theme together; perfect example of a puzzle that's better off for not having a revealer. Puzzle mogul Henry Hook sometimes calls to oust the tyranny of the revealer, saying that solvers are too smart for such blatant overtness, and thus in some circles, a revealer is also known as a ... (ahem) "Hooker". Today is Henry's day! Henry, I'm buying drinks if I ever have the pleasure of meeting up with you, you delightful curmudgeon*.

What I liked best about this puzzle was that Phil hid the horse-related terms in plain sight. CROP CIRCLES is a great entry in itself, for example, and has nothing to do with a riding crop. Beautiful. The others followed suit well, although I can't speak to SADDLESHOES as my knowledge of fashion couldn't fill a buckminsterfullerene molecule.

I have a feeling we'll get the usual listing of crosswordese in the blogosphere today, and some entries are decidedly inelegant. As much as I love BEBOP**, BSA over OER over PTS is not pretty, for example. But while some will denounce DOBRO, I find it to be an interesting entry. No, I didn't know it even though I was and continue to be an unabashedly proud band geek, but the crosses were fair and I enjoyed looking it up; learning about something I might try playing one day.

I'll point out one more thing I thought Phil did well: he gave us some interesting 6-letter fill in the north and south sections. Often a stack of 6's like this suffers because it's that much harder to cleanly fill stacks of 6's than 5's. IN OIL feels slightly partialish in the north, and the N or Norris makes an unfortunate CTN, but overall, I imagine Phil spent a bit of time smoothing these sections out, polishing them up to where they stand.

Overall, nice hidden theme and some really good long fill; a few compromises along the way.

*If you haven't read Matt Gaffney's book on crosswords, "Gridlock", it needs to go on your To Be Read (TBR) pile. Great overview on crosswords including a nice story about Henry.

**If you haven't read Miles Davis's autobiography, it also has to go on your TBR pile, just as long as you don't mind every other word being the F-bomb and the remaining words being variants of %$#^! and %#$^*%