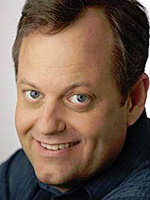 All rejected ideas for my "capital punishment" puzzle. Yes, that would have been the title. Maybe it's best there are no titles in a weekday puzzle as there are enough groaners here already. I do like HELENA HANDBASKET, but it has too many letters, sadly.

Only my second time in the New York Times, and I am already resorting to puns. Sad but true. As for state capitals, Mrs. Wickersham, my fifth-grade teacher, would be pleased. I can still remember studying with Emily Williams who, every time the word "Harrisburg" was uttered would cry out "Harrisburg to you too!" It made no sense at all, but somehow I still remember the capital of Pennsylvania that way. Nonsensical word associations of that ilk, when puns were unavailable, got me through all the memorization I had to do to survive medical school. Thank you, Emily, and Harrisburg to you too!

This puzzle was a long time in the making, with the first pass attempted in March 2010 and over nine complete redo's before settling on the right layout (and the right vegetables).

The "square roots" vegetable idea was simple enough, but turned out to be really difficult to execute. After failed attempts at 4-letter root squares, I settled on 8-letter wraparound "square roots." The big problem was the strange letter combinations one gets when words are spelled backwards! Just think about (_ _ _ PSP_ _ _) and (_ _ _ RSN _ _) near each other, or anything to fill (_ _ _ _ EOT _ _). Anyway, with the help of DEEP SPACE and FEARS NOT, and the infamous Italian ex-prime minister ANDREOTTI, it came together in the end to mark my New York Times debut.

In short, I predict won't be doing any more wraparounds.