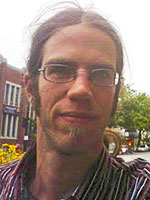 erik: it's always a pleasure to collaborate with peter (an indie crossword legend + one of the most brilliant people i have the good fortune of knowing) and this puzzle was no exception.

i'm happy we were able to sneak a shoutout to another indie puzzling titan into the grid. did you spot it?

also, a tough bonus puzzler: what's a 2-word, 10-letter phrase that consists of two names "downsized" like the ones in this theme? hint: the names are both actresses, one from the ‘60s and one contemporary.

Looking back at this puzzle, which I constructed about a year and a half ago, I can't help but feel somewhat underwhelmed. It's a fine enough puzzle, I suppose, but I don't think my voice really comes through on this one. Will said when he accepted this puzzle that there's "lots of fresh vocabulary" in it, and I guess that's true, but I'm sure solvers of my self-published freestyle puzzles will agree that the long answers here are comparatively lacking in spice and edginess (or perhaps they'll be pleased that they don't have to rely on things they learned reading Penthouse Letters to solve the puzzle, I dunno).

So there's that. Plus, BEER BELLY feels kind of trite to me or like I'm trying too hard to be edgy yet safe, and these days I would work harder to remove a boring entry like INDISPOSE from a stack. However, I do like GYPSY JAZZ for its unusual letter pattern, DEBUSSY because his sublime piano music is a paragon of the form, and STAR WIPE because it belongs to my favourite class of crossword entry: those that refer to things which are reasonably familiar even though their names are not (though they can be inferred with the right clue).

As for the clues, while I was pleased to see that most of my tricky ones survived the editing process (such as 30D and 18A), a lot of neat trivia that reflects my interests was cut. This is, of course, understandable, as the puzzle should be balanced and fair for all solvers, so I'll defer to Will's judgment there. Plus, my clues tend to run long, sometimes for the sake of cramming some neat fact in there but mostly just for comic relief, so cuts had to be made. I did appreciate Will leaving in my shout-out to my home province Saskatchewan at 29D (as far as I know, I'm the only NYT constructor from any of the three prairie provinces), though, and I'd like to take credit for the vaguely Peter Gordonesque gross-out clue at 19A but I can't.

Since I don't have much else to say about this puzzle, I might as well hijack this constructor's notes blurb to do a little shameless self-promotion, although perhaps doing it after callously cutting down my own unremarkable work isn't the best tactical play. At any rate, I'll be putting on a crossword solving tournament called The Indie 500 along with (and trying desperately to not be completely eclipsed by) indie crossword luminaries Andy Kravis, Erik Agard, Evan Birnholz, and Neville Fogarty. It will take place in DC in May of 2015. The puzzles will be...different than what you find in the NYT. And there will be pie.

Anyway, despite my misgivings and reservations about today's offering, I do hope that it could provide at least a modicum of amusement to your weekend. It doesn't really matter how I feel about it, as long as a few more people smile a little more today because of it.