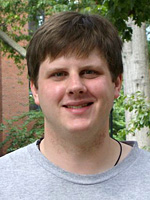 Many people (me included) were surprised that "See 17-Across" is the most common clue in NYT crosswords — 242 times, including pre-Shortz!

Here's the Modern Era most frequently used clues list, including an explanation for that odd winner.

Very clever, Mr. Fogarty. And very satisfying when I finally saw the light.

Relying on AUNT Sally and her order of operations acronym has fallen out of favor, and for good reasons. There are plenty more operators beyond the simple ones Sally happens to mention. Even if you do understand the arbitrary rules, it's easy to write confusing or misleading mathematical expressions.

Software programmers in particular are taught to avoid reliance on them. Extra parentheses clarify intent with no downside since compilers strip out unneeded ones for you. Worse, computer languages don't all agree on the order rules and some, like APL, ignore them completely.

A similarly themed puzzle from 2008 also included both MILLENIUM and PERSEVERENCE. The correct spellings are: genealogy, perseverance, questionnaire, millennium, occasion and, uh, one other... Oh yeah, and misspelled.