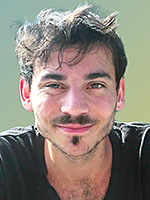 The last word of the first sentence of Kafka's The Metamorphosis depends on the translation. I've seen "insect" but also "cockroach" and even "beetle."

I'm going to disagree with Jeff about HUAC. Jeff calls it unfortunate. I say it represents one of the most significant and dramatic times in recent American history.

This is the 15th puzzle from the J.A.S.A. Here's the complete set.

This is the 14th published puzzle from the J.A.S.A. class. Here are the rest.

Fans of Hamilton or Harry Potter and the Cursed Child may disagree but I still insist that Wagner's Der Ring des Nibelungen (the so-called Ring Cycle) is the greatest theatrical work you can ever experience. It forever changed music and drama in fundamental ways and is still a huge influence on everything from visual art to movie scores. Whatever you might think of opera, see it at least once in your life.

Natan Last was a 17-year-old Brooklyn high school student when he became the youngest ever Sunday NYT constructor with this puzzle. The record lasted until 15-year-old Caleb Madison broke it on August 17, 2008.