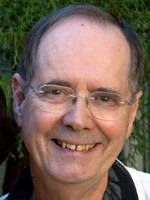 Inspiration can strike anywhere. I was in the parking lot at Save-On-Foods when I noticed something different about the 1973 quarter I was using for the shopping cart. During that year, to commemorate the centenary of the Royal Canadian Mounted Police, the reindeer on the reverse side had been replaced by a horse and rider. Naturally I thought of QUARTER HORSES and the idea of a numismatic theme started to form.

Had I done my research I might have discovered Sherry Blackard's puzzle of Monday, August 13, 2001 and that would have been the end of it. As it was I went ahead and came up with three possible theme entries, but I knew that wouldn't be enough to impress the editors. Then the penny dropped: I found that THREE CENT PIECES would conveniently pass through my three theme entries. I had struck crossword gold! Well, silver actually. Anyway, that's what sold the puzzle, and that buys a cartload of groceries.

The three cent coin was proposed in 1851 mostly as a result of the reduction in postage rates from five to three cents. Over 74 million coins, silver at first then nickel, were minted from 1851 to 1889. The silver coins issued from 1854 to 1873 at 3/4 of a gram (about 1/38 of an ounce) were the lightest weight coins ever minted by the United States.

My first submission had no less than fifteen entries "that would make for unenjoyable solving," but the third attempt was right on the money. Of the published crossword, only 19 clues were totally rewritten by the editors while 18 were my originals. Each of the other 39 underwent a minor edit: small change, to coin a phrase.

Ever had a great idea only to learn that someone had already thought of it? I was pleasantly surprised when this puzzle was approved in February. It didn't seem likely that I would be the first to submit a Magna Carta theme when the year of its 800th anniversary was well under way, but I was lucky this time. I was asked to revise both the grid and the content so that it could appear on June 15, Magna Carta Day, a Monday. Two rewrites (and two "cheater squares") later, the puzzle was accepted. It then went through the editorial process: sixteen clues were unchanged but 28 were modified to varying degrees and 32 were new and improved, all in the spirit of greater Monday-friendliness.

Nicholas Vincent, author of "Magna Carta: A Very Short Introduction," said that "John really was an absolute rotter through and through; the worst king in English history." Even A.A. Milne wrote "King John was not a good man," and Robin Hood had no respect for him according to Disney. To make John behave, he was forced by the barons to seal the "Great Charter," but as soon as he was away from Runnymede, he asked Pope Innocent III to have it annulled. The charter, later named Magna Carta, was pretty well ignored by everyone at the time and no English king was ever again named John.

Here's something for physics buffs to ponder. Living at the same time as Pope Innocent III was Antipope Innocent III. One wonders, had the pope and antipope ever met, would they have annihilated each other in a burst of photons and gluons?

Hope you enjoyed the puzzle and are having a jolly good octocentenary.

I had the honor of being "Litzer of the Month" back in October 2013, probably because I had litzed a number of pre-Shortzian puzzles without making too many typos. In an interview, David Steinberg asked "Of all the puzzles you've litzed, do you have a favorite or one that was most memorable? If so, please describe it." My response:

"Anne Fox's Sunday puzzle of February 4, 1968, was memorable. She had six grid-spanning song titles, each 23 letters long, four of them intersecting the other two. I thought some of the songs were too obscure, probably because of the 39-year difference in our ages, but the interlock was elegant. I was inspired to construct a less ambitious version of my own with six 15-letter song titles, three across and three down. It was rejected with the words 'elegant interlock, but some of the songs are too obscure.' I must find an editor closer to my age." (Actually there was only a 29-year difference in our ages. I've been wondering where the last ten years went!)

I didn't give up. I scoured the Internet for lists of song titles, dumped them into a spread sheet and sorted out the 15-letter ones. I excluded any song that didn't have the word "hit" in its Wikipedia entry. Using a grid with standard symmetry, I blocked in three entries each way with the first Across entry intersecting the first Down entry at the third row and fourth column. In effect, I had constructed a 15x15 puzzle with only six entries, each of which had the same clue: "Hit song." I was surprised but pleased to discover that there was only one possible solution. My submission with this set of song titles was eventually accepted after some revisions.

Some stats: 13 months from final submission to publication; 15 clues mine; 25 clues mine but modified to some degree; 32 clues and 5 words new and improved by the editors. My favorite new clue: "They're just over two feet" for ANKLES. I was sorry to lose "Emulate Turing" for DECODE but I suppose just because a clue is timely doesn't make it timeless.

I hope you enjoyed the puzzle. If it gave you at least one serious earworm, then my work is done. For now.

This will be my tenth puzzle for the New York Times, my first during the Jeff Chen Era (long may he reign). It was submitted in October of 2012 and accepted two months later. The theme of the puzzle is: common two-word phrases with both words replaced by homophones. I made a list of possibilities in the hope of finding four that would work together. The seed might have been CEILING WHACKS but I couldn't find another 13-letter phrase to balance it.

One English-speaker's homophone is often another one's heterophone if they live far enough apart. A distant friend insists that WORLD and WHIRLED don't sound alike. Apparently Will thought they did and WHIRLED PIECE ("top?") was accepted. But KNIGHT MAYOR was rejected because MAYOR doesn't sound like MARE. I pronounce them the same but that may be because of where I grew up.

I was excited to get a preview copy of this puzzle (praise be to Jeff) because I wanted to solve it pretending I hadn't seen it before. I have a few puzzles in the pipeline so I didn't know which one it would be, also I knew that many, if not most, of the clues would be rewritten. It was hard going; the thematic content was easy to recall but a lot of the clues weren't familiar. I entered ART for 16-Across ("Wall cover") and got stuck in the northeast. Luckily my wife was nearby and helped me finish it.

The cunning misdirection of "Put locks on" for BEWIG was amusing, and "Ben Jonson wrote one to himself" for ODE was fun to know. I didn't write either of those clues. In fact, of the 76 clues, only nine are mine. I like to think that, because I don't know on which day of the week the puzzle will appear, I'm not able to write clues at the appropriate difficulty level. Or maybe I'm trying to be too clever (like "Pack with an extra suit" for TAROT) or too cute (like "Quarters for daughters" for GIRLS' DORM). That plus the fact that my acceptance rate is a mere 23%, reminds me I still have a lot to learn.

I had a "Mint on the grill" while constructing this puzzle and I hope solvers have a GRATE THYME too. (Sorry about that.)