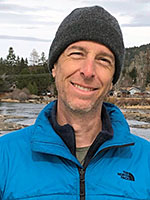 ★ I love getting cleverly stymied in "Name That Theme." NUTS AND BOLTS. AN ARM AND A LEG. Clearly, it's X AND Y phrases. Let's figure out what ties them more tightly. 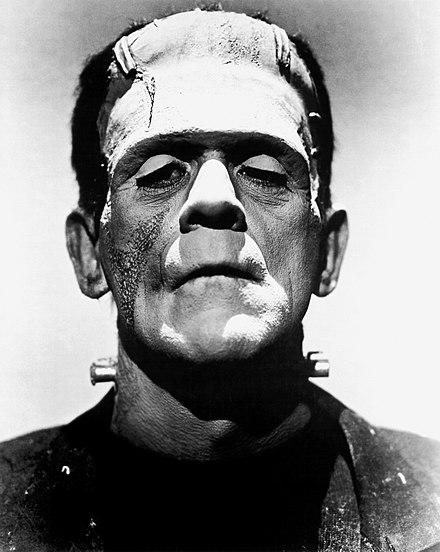 At that point, I went looking for hidden words like SAND in NUTS AND BOLTS and MAN in AN ARM AND A LEG. Nope.

Maybe BOLTS, LEG, ROD are all different parts of … a Wankel rotary engine?

Even this mechanical engineer snickered.

An appropriate bzzzzt!!! for that Chargers theory.

Such a huge smile on my face upon uncovering FRANKENSTEIN. All three themers work beautifully, these figures of speech literally things that Dr. FRANKENSTEIN needed. You might even say that this joke was a graveyard smash.

A couple of blips in execution, not surprisingly showing up in the 1.) big NW corner (LAOTSE crossing ARS) and 2.) middle, where two themers squish together (ENGR crossing the ambiguous G CLEFS). Much of this stems from having to squeeze themers together since the 12-letter FRANKENSTEIN had to go in row 12, not 13. Some massaging could have helped boot out the AMIE/AMI and SNERTy crossword glue, but there's a case to be made that goodies like AD LIBS, MEADOW, AMOEBA, ROADIE, TWISTY, DONKEY …

And now that I see all those mid-length bonuses, I'm perfectly fine with these trade-offs.

What I want most out of a crossword, especially these days, is a few minutes of diversion, maybe some smiles, and even a laugh. I got all that and a whole lot more today. You might even say I was buzzing with electricity—

Today's puzzle is a curious mix of "disparate definitions of a single word," rebus, and grid art. Let's look at them individually. 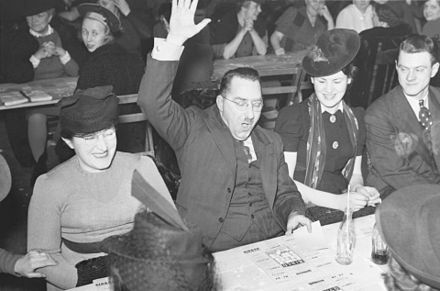 Also nice: the four definitions are so different from each other — term from Scrabble, dog from a song, the Bingo hall game, and an exclamation. I've thought about many words that could lend themselves to "disparate definitions" themes, but Bingo never crossed my mind. Surprising that there are four different ways to get at it.

Putting the word "Bingo" in the clues, though, gave away the game right from the get-go. Hiding the theme until the end, with BINGO as the last across answer, could have generated a solid a-ha moment.

Although, if you had already figured out the FREE rebus, you would have already known what's going on.

Rebuses with only one instance aren't common, and they can be hit or miss. The question is always, is it worth the potential solver confusion? Today, I was plus/minus on it. Yes, it did hint at a Bingo card, but only one of the four themers was about the game of Bingo.

It's also strange to work FREE into such a long piece of fill, GLUTEN FREE CEREAL. I love that entry, but I spent some time wondering how this, the longest phrase in the puzzle, was related to Bingo. Something like MR (FREE)ZE is equally fun, and it wouldn't muddy up the thematic waters. Even better, it would make grid construction easier.

Finally, the grid art aspect. I loved the visual of a Sunday Bingo puzzle from more than a decade ago, because it went whole hog. You want Bingo? You got the B I N G O, along with a whole bunch of numbers and a FREE space!

Interesting mix of thematic elements today. Not completely successful, but I liked the attempt to create something fresh.

Animal themes have been done ad infinitum in crosswords, so an extra layer is essential. Thankfully, that's what Michael has given us today. Note that it's hardly a loosey-goosey (ha) set of themers, but nice and tight — every phrase is an animal's part, expressed in a possessive format. I enjoyed the 50/50 approach of having two themers as "X OF THE Y," and two as "THE X'S Y."

Outstanding debut gridwork, too. Monday products ought to be newb-friendly, with the potential to convert those on the fence. One major tenet is to make your short stuff unnoticeable, allowing a solver to breeze through without having any needle-scratching-across-a-record moments. There were two blips in ALEE and ORY (the latter heavily globulous), but that's an admirable result for any constructor, much less a rookie.

I appreciate that Michael didn't try to do too much. Stick to 78 words your first couple of times, so you have the best chance of coming through with a beautifully smooth early-week product. Toss in a pair of bonuses like HEAR ME OUT and MY MISTAKE, and call it good. If you can insert a bit of SHA NA NA, DRY HEAT, and a Z in BREEZED, definitely do it! As long as you can do it with minimal compromises, that is.

Too often, experienced constructors hear the call of the dark side, aiming for an audacious product that newer solvers might end up cocking their heads at — or worse. Today's is a perfect example of a welcoming gateway; a crossword with a simple yet novel theme, and a grid that allows for a fist-pumping victory. Bravo!