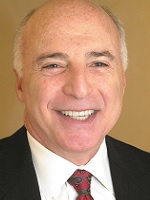 Plays on basketball terms! ALLEY OOPS as a bowling flub made me laugh, as did FOUL LINE = something a censor has to bleep out.

Great to get so much bonus material, too. The grid was packed with such goodies as WISEASS, APPLE TV, HOOKS UP, and an ejected player hitting the SHOWERS. Along with Eric SEVAREID and a fun wordplay clue in DILATES (eye pupils, not student pupils!), that's a lot of good stuff.

It almost felt like a little too much. When your themers all have question marked clues, it's important not to have too many other question marked clues in the grid, for fear of muddying up theme vs. fill. With DILATES and WISEASS in such prominent positions within the grid, I wasn't sure if I was missing some theme material. I mean, Dennis Rodman is a WISEASS, right?

It's unusual to put themers in row 2, so that also muddied things up for me. It wasn't hard to pick out the five themers, but it wasn't easy, either. I would have liked a more standard layout, with themers in rows 3 / 13 instead of 2 / 14.

I know, us regular solvers are so annoyingly demanding about our crossword conventions!

A bit too much crossword glue in SKAT / ESTE, DBL, SOO, GIE. I can understand the constructors' decision to prioritize snazziness over smoothness, but it felt like the prices I had to pay as a solver were too high. I would have preferred a less audacious grid, perhaps breaking up WISEASS / TOPPLED, and/or SEVAREID / LINSEEDS.

As a big basketball fan myself (well, until I tore my Achilles playing one-on-one last year), I enjoyed the hoops wordplay. I also liked that the constructors selected terms that would be mostly accessible even to non-fans. As much as I like more specialized lingo like DOUBLE DRIBBLE, or SHOT CLOCK, terms like FAST BREAK are more accessible to a larger number of solvers.

DRINK DRINK DRINK! And then DRINK DRINK DRINK again! Mickey and Pawel pack six toasts into their grid. I was confused by the revealer, especially since there was no "when doubled" qualifier, to make a total of six instead of just three toasts. But who's counting? 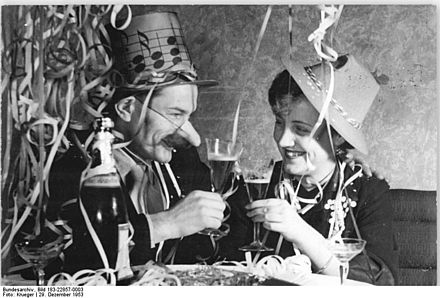 Neat that they crossed TO YOUR HEALTH / L'CHAIM and DOWN THE HATCH / KANPAI, so fortuitous that this worked out. Opportunities like this don't come along often, so it's fun to see when the crossword gods shine down upon constructors.

The opposing viewpoint is that even if those intersections are possible, should they be used? I miscounted themers the first time through, glossing over L'CHAIM and KANPAI — placing two short themers vertically can mean that they blend into the fill. As neat as crossing themers can be, I might have preferred for all the themers to be horizontal, as they would have stood out better for me — maybe shifting L'CHAIM roughly to where CASINOS is.

The crossing answers also cause grid inflexibility, a bane for constructors. Check out the lower left — Mickey and Pawel do well to include a black square at the very corner, but still are forced to use ADONAI, a toughie. Along with KANPAI, it made for a crunchy experience for me. I wouldn't mind as much if there weren't already some SERIE / HOSP, EMAC / KCAR, ALER, etc. through the puzzle.

Speaking of SERIE / HOSP, it's so tough to bracket a region with two themers, like in the south. DOWN THE HATCH on top, PROST on the bottom ... it's no wonder a few dabs of crossword glue were necessary to hold things together. When a themer is on the bottom edge of the puzzle like PROST, you can't separate it from other themers using black squares — might have been better to jam PROST somewhere in the middle of the puzzle.

I've been to Japan maybe 20 times, done a lot of drinking. For the job! (It's super important to go out with business colleagues after work.) It still took me a while to recall KANPAI, though. (Then again, I did usually drink way too much …) Hopefully, KANPAI won't be the black sheep for solvers. I do think it's reasonable, but it did feel a little out of place.

That said, fun to get so many drinking exclamations. Made for a cozy — dare I say toast-y? — puzzle.

Football terms interpreted in wacky ways, appropriate for the recent KICKOFF of the NFL season. FIRST DOWN as an appetizer and DEFENSIVE LINE as "I am not guilty" made me smile. 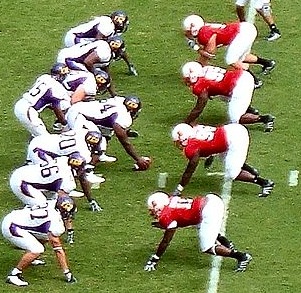 FAIR CATCH in the sense of "she's a catch" sort of worked for me too, although the tortured clue — [Beauty queen bride, quaintly?] — betrays that something isn't quite right. A catch is a great person, so how could a great person be just fair? ADDED NOTE: A frequent reader, Laslzo Denes, points out that "fair" here is in the archaic "beautiful" sense of the word, so this does make more sense.

RED ZONE was a little too similar to RED STATE for me, and KICKOFF as [Exile from?] … where's the wackiness in that? I think these types of themes work best when the wack factor is high.

I liked that the grid had some big swaths of white, the upper right and lower left in particular. That lower left is so clean, and even features a couple of nice entries like RENOIR and ADWARE. I wasn't hot on ESPECIAL in the upper right, wondering if the E was supposed to be left blank to make it SPECIAL? But ESPECIAL does seem to be a legitimate word.

What with the lowish word count (74), Michael does pretty well to keep the gluey bits to minor stuff like HRS and SRS. EFS I personally see as less minor, but some solvers seem to dig letters spelled out, i.e. ESSES, PEE, DEE. I don't understand that, but perhaps it's because as something seen much more in crosswords than in real life, it gives regular solvers a leg up?

EMOTER is also a controversial one. I don't care for it at all, but I can see how people in acting might think it's perfectly fine.

It would have been great to get some more snappy long fill like NO MATTER, but I do appreciate how relatively clean Michael kept the puzzle, especially with the unusual and pretty tough layout. 13-letter middle themers are so hard to cleanly build around.

WAR GAMES today, theme answers relating to war getting kooky interpretations. I liked PRESENT ARMS as something an RN might say, although I think I've seen that before somewhere. Ah yes, Michael Dewey's puzzle from earlier this year. SHORE LEAVE was fun too, a smile-inducing "description" of an ebb tide.

Mickey sure did a nice job in those NW and SE corners. I like long fill in my crosswords. Getting both the usual long downs as well as long acrosses that don't confuse the theme? Yes, please! That NW corner is so nice, SPITBALL and LISTEN UP featured at a very low price of admission in BSA. The SE does have SSW and STS, but those are so minor. I bet there are other good possibilities for where ANAGRAMS sits, ones that don't cause the terminal SS? problem at 60D, but ANAGRAMS is such an appropriate word for a crossword.

And some constructors would go whole hog, removing the black square between ISLE and BSA and trying for a themeless-like triple stack. I'm glad Mickey didn't. I really like the balance in those two corners, getting a good amount of nice fill without having to suffer through very much glue.

Man oh man, that NE corner did me in. I gave up after ten minutes, randomly guessing the last squares. (I'm pretty sure Jay BORNEY is a person, dagnabit!) It's nice that there are two ways in (LAVALIERS and SHORE LEAVE), but LAVALIERS was a random string of letters to me. Fun word to learn when I look at it now. During my solve though, I felt like there were too many random-ish guesses, one involving that LEM author, but much more so in the ACA/CARNEY/LAVALIERS pile-up. I would have much preferred if one of those had been clued much easier; if Art CARNEY had made an appearance ACA (here, in Spanish).

Educated Americans really ought to know the Accessible Care Amendment, though. Er, the Accelerated Coverage Act. Dang it! The Affordable Care Act. (Don't worry, I had to look that up too.)

All in all, the theme felt like it didn't quite cohere for me. Maybe more consistency would have helped, i.e. each of the themers could be reinterpreted as commands? Still, a fun solving experience … aside from the frustration involved with that NE corner.