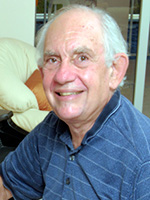 AG rebus, four long entries containing two rebi apiece. I must admit, I've thought about this for a few days, and I still can't come up with the rationale behind the theme. AG is the elemental symbol for silver, but is there a reason to put two silvers into each theme answer? Perhaps there's some clever phrase, like TWO-AG or AG PAIR that I don't know about? Most curious.

My preference for rebi is to have some raison d'etre, a revealer to explain why certain letters have been rebusized. (Rebified?) CRUSHED ICE was one that stuck out to me a while back, for example. So I would have loved to have one of the answers somehow give me an a-ha moment of "oh, THAT'S why two AG boxes are shoved into each long across answer!"

Some nice "theme answers," my favorites ON AGAIN / OFF AGAIN and AGREE TO DISAGREE. Then again, there's something oppositional about these two entries that made me so badly want the others to be equally oppositional, for consistency's sake. Ah well.

I liked some of the fill, like FLORISTS and especially HASHT(AG), the latter even better since it incorporated one of the rebus squares. I really like when rebus squares get featured, both in the across and the down directions.

Conversely, I really don't like when rebus squares are integrated into subpar answers. Any sort of variant is generally to be avoided, so (AG)ISM (usually AGEISM) is unfortunate. Every has their own preference on what type of crossword glue is the worst — for me, variants are right up there. I'll usually do anything to avoid a variant.

There will probably be questions about ARNIE as a [Noted "army" leader]: that's Arnold Palmer's legion of fans in the old days, nicknamed "Arnie's Army."

The clue for FLORISTS was mystifying, too, at least until I figured out that the "glad" of [Glad handlers?] is talking about the gladiolus flower, which it seems is sometimes called a "glad."

I'm pretty sure there isn't a rationale for why there are two AGs in each theme answer, but I'm really curious now if anyone can come up a phrase that would have made for a perfect revealer. ADDED NOTE: I really like Matt Gaffney's suggestion: "FILL" SILVERS!

Quite a lot of good stuff packed into the grid today. As always, a big part of themeless construction is the race to debut a nice entry. I'm surprised that GEOCACHING took so long to make its first appearance, especially considering its popularity among the puzzling crowd. I hadn't heard about it until a few years ago but really enjoyed my first time at it, finding something hidden in the local arboretum. I really like the entry and am guessing it's a keeper; something that will stand the test of time.

It's too bad that these newer entries aren't well-known enough across the country that a clever clue can be used. Too often, these freshies need to be clued with something like you'd see out of the dictionary, because being too clever would befuddle a large majority of Will's solvers. Similarly, the COLBERT BUMP is such a recent term that anything but the definitional [Popularity boost due to ...] would be way too tough. As it is, I could barely suss it out (I don't watch Colbert). Perhaps it will stand the test of time, but if I had to pick, I think GEOCACHING is the one people will still recognize 10 years from now. COLBERT will certainly be remembered, especially given his taking over for Letterman, but COLBERT BUMP... well, we'll see.

Mel does a great job packing in all sorts of stuff, my favorites being MR ROARKE (I snuck in episodes of Fantasy Island as a kid) and DARK STARS (the nerd in my shining through — or not (pun intended)). It's a combination of great stuff at the price of a few not-as-great entries, the usual sort of ATOI, ERAT, SSNS kind of stuff.

Stacked 11's (in the NW and SE) are very tough arrangements. The longer they are, the more likely there will be compromises. I like the 11's themselves (EVER SO SORRY is quite nice, and I personally really like MYCOLOGISTS) but it's tough to not get an URU or ACC or ASCI across those long stacks.

Additionally, using stacked 11's means blocks of 3's (in the NE and SW). Often that's no issue whatsoever, but a combination of random Roman numeral (LII) and ENG made that SW stick out a bit for me.

Finally, a beautiful Saturday clue which stood out today: [They often provide illumination in galleries]. I went through ARC LAMPS, LED LIGHTS, SPOTS, any sort of lighting options I could reel off. What a beautiful a-ha moment when I realized that the type of illumination (informational) was totally different than I had been thinking. I would love an entire Saturday puzzle full of these!

I like a puzzle that reminds me spring is around the corner (fingers crossed). A real treat to see crocuses starting to emerge as I go for long runs, so a puzzle themed on IN BUD was very welcome. Four phrases are (sort of) IN BUD, i.e. they have the letters BU and D at their ends.

BUMS AROUND is a great answer; snazzy stuff. And I smiled at BUTTONWOOD — it's a nice enough entry in itself, but it made me think how incredible this theme would be if there were four entries which satisfied the BU*D pattern AND were actually things that were currently in bud? Anyway, too much to hope for, methinks.

interesting layout today, one which sort of segments the grid into nine subsections. I don't mind the NW and the SE, but generally I think it's best to avoid sectioning off the NE and SW so severely. To me, it takes away from the overall flow of a crossword, choking down to a single entry which must be figured out (ON A BET or UPTICK) to move through that necking point.

I also found the placement of revealer a bit inelegant, as it's in a random-ish spot of the grid. I would have preferred IN BUD to be where UMPED is, for example. This is simply a personal preference — having a revealer with no symmetrical entry is perfectly fine but feels so much cleaner if it's in a margin or at the final across entry.

Not a lot of long fill today, but COOKBOOK carried a nice clue to it, and PARDON ME could only have been made better by referring to the old Grey Poupon ad. (I can't tell you how many times my brother and I have giggled over that old commercial.) And BEAN BAG is a great entry in the grid.

The short fill... usually short fill is like a chief of staff: the best you can hope for is you don't notice anything. If the chief has done his/her job well (see: Doug Stamper on House of Cards), everything runs like a machine, no knocks or pings. Today, I would have liked to see the west section smoothed out (ILIA and ANIL); same for the north (AGIN). Sometimes a constructor puts in "weird" entries on purpose (Tracy Gray's PLAGE for example) which I find perfectly fine — one of those here or there is acceptable, even desirable. And while both ILIA and ANIL are generally things one sees outside of crosswords, when seen together, they stick out (in my opinion).

Anyway, nice themers today, I really liked BULL-NOSED too (I have many pairs of BULL-NOSED pliers; they're extremely useful) and BURMA ROAD was a fun one to look up.

Spring has sprung! (as I sit in a coffee shop looking at the cold rain)