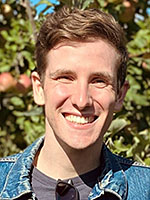 Plays on KARAOKE BARS, phrases ending with "bar" punnily describing a song. Kicking things off with FLY ME TO THE MOON as "space bars," i.e., musical "bars" about space, gave me a friendly start. I'm not good with pop music, but I listen to a ton of old-school jazz. Sinatra doesn't exactly qualify, but I've played Count Basie's FLY ME TO THE MOON dozens of times.

Not so much luck with POUR SOME SUGAR ON ME or DANCING ON MY OWN, but the themed hints gave me a leg up. You might ask, who the heck pours sugar on candy? If you don't know, you don't have young kids. Although Robyn was new to me, DANCING ON MY OWN is perfect for [Singles bars?].

It struck me that all the featured performers are from pop — no R&B, soul, rap, K-pop, Tejano, etc. More pointedly, they're almost all white.

I figured there might be some reason I didn't understand, and I didn't want Matthew to feel called out — I worry that this tone of communication results not just in zero results, but negative ones, by making people defensive and thus causing them to entrench further — so I reached out to him. We had a useful discussion about the dilemma of being a newer constructor, trying to do everything to get published amid an ultra-competitive field. Sometimes that involves guessing at what might be deemed "mainstream" or "widely accessible" to Will Shortz, and going with what seems like the safest route.

Don't misinterpret my comments as absolving the NYT from responsibility. I think they should have kicked this one back, to better target a broader range of their solving audience. I'm only trying to help a newer constructor to not feel skewered, especially because he clearly regrets the issue, and to shed light on a common problem among newer constructors.

Additionally, Sundays are in such high demand; I'd encourage constructors to take chances. They won't always be successful, but constructors that keep to tried-and-true paths aren't memorable.

Some delightful clues, always such a benefit to help buoy oneself through a full 21x21 solve. WATER as something that's "well-kept," things you lose as you age as HAIR—I mean, IDEALS. And [Did a little lifting]! No giveaway question mark required, a mischievous misdirect toward pumping iron, away from PILFERING.

Solid debut Sunday. If he could do it again, I'm confident Matthew would choose a set of songs that tickled a wider range of solvers—or at least one tune that spoke to different customer demographics. Don't let that take away from his above-average Sunday gridwork: little glue, plus a few strong STAR PUPIL IM ALL SET bonuses.

Basketball theme! For us fantasy basketball nerds, this is our time, this is our puzzle. My friend and I have Lonzo Ball on our team, and we debated mightily over Zion Williamson. He's a man playing among boys, yes, but he hasn't been able to replicate his fearsome defense from his Duke days, and he craters free throw goal percentage all on his own. We ended up spending that money on Ben Simmons, who gives us prized assists and even rebounds, plus notching steals and even a few 3s. Free throw percentage is still a worry, but—

Fine, I'll talk about the puzzle!

Unless you want to hear about my punt-two-categories-and-float-five-of-seven philosophy?

Neither did my wife.

I enjoy NBA analysis — not the games, but the analysis, mind you — not surprising given my obsession with over-evaluating everything. I appreciated Matthew's effort to tighten the theme with THE X Y pattern, but it didn't quite work, since I expected THE HORNET'S ___. (Isn't "The Horent's Nest" a thing?) If you're going to go for tightness and consistency, make sure to go all the way.

It's a shame my hometown Warriors aren't representing, especially given Curry's return to dominance. (THE) WAY OF THE WARRIOR? Only works inelegantly; sigh.

With only three themers, I'm glad Matthew opened things up, aiming for a ton of great bonuses. SAY CHEESE and DRAINPIPE work well, and HIT THE WEIGHTS / CUTE AS A BUTTON are great. I bet one more pair is possible, perhaps removing the black square between CHIC and PRICK. (There's a Freudian pairing!)

It'd be interesting to open up the theme to all possibilities, entries like OLD SCHOOL JAZZ (Stockton and Malone), ROCKET LAUNCH (Charles Barkley pogoing over taller players for a rebound), SPUR OF THE MOMENT — will someone please tell my co-manager that we're not going to take a chance on picking up the Spurs's Patty Mills, for God's sake, his ceiling is so low, oh right, you stopped listening.

Fine puzzle, although like this commentary, it may appeal to bball fans much more than everyone else.

★ I solved on computer, confidently typing in FELT HATS, then quickly realizing I had to put Xs in for some reason. Easy enough change. Hitting STRIKE THAT, everything made sense, and I enjoyed the concept. Colorful and colloquial revealer; a perfect explanation for what was going on. Probably not a standout Thursday, though. 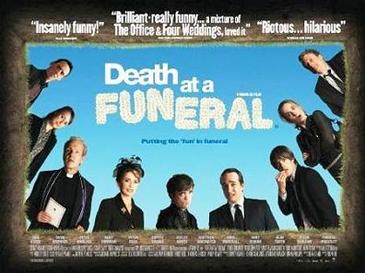 Or was it? I continue to have the privilege of weekly conversations with Jim Horne, my XWI partner, and listening to his experience elevated this puzzle in my eyes. He's a great solver, so eschews pencil (I imagine a $5,000 fountain pen requiring hourly oiling and silk cloth massaging). I hadn't thought about the solving experience from an old-school perspective. Like me, he confidently penned in FELT HATS — and then he had to literally strike THAT, using Xs to X out those four letters. Awesome!

Jim asked if I had noticed the different ways THAT was broken across phrases. He thinks he knows me so well that I would be one of the five people in the world to know and care. Ha! I did notice, so there!

I mean, I did notice, but in a way he didn't expect. Some constructors would insist on breaking up THAT in different ways, claiming that it's elegant to do so. I wouldn't totally not be not one of those negative-positive asserters, no sir! In today's case, it led to DEATH AT A FUNERAL, which is so much less interesting than many of the other THAT phrases out there. I say, constructor's elegance be damned!

That one nit aside, I highly enjoyed my solve. Neat concept, cool to see a ridiculous number of Xs integrated more smoothly than I expected, and hearing about the pen and paper experience drove it over the top. Well done!