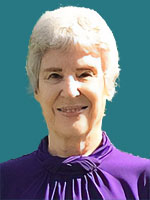 Puzzle is ingenious. English is weird.

"Businessman Gates" at 57-Across gave me pause. For the last 20 years, he and his wife have been focussed on philanthropy.

Today, most people's knowledge of Ms. Oakley comes from Irving Berlin's musical Annie Get Your Gun. Rob Kapilow's recent book Listening for America: Inside the Great American Songbook from Gershwin to Sondheim has a fascinating chapter contrasting the fictional Annie with the amazing life of the real woman.

This is the 75th NYT puzzle for Ms. Lempel.

That SERIES at 33 Across is, of course, the famous Fibonnaci sequence. Oh, and that GOOSES at 28 Across is from the same constructor who famously gave us this controversial answer in 2012.

I like to think of this PLAY BALL theme as describing an inside-the-park home run. Following the ends of the theme answers in order, the batter starts with a SWING, and manages to HIT the ball. Then he starts to RUN. Finally he executes a successful SLIDE which must be into home plate because his team chalks up a SCORE.

Ms. Lempel is stirring up controversy yet again, bless her cheeky soul. Is MID-ASS TOUCH at 25 Across cute, clever, or offensive? The New Yorker weighs in.

There is a rare error at 5 Across. "I'll never be hungry again" is Scarlett's last line before intermission but she has plenty more to say after the popcorn break.