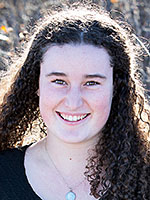 LUCI: I'm absolutely thrilled to make my constructing debut, and couldn't have asked for a better mentor in David! I've enjoyed solving the NYT crossword for about four years, but it was a while before I found the Wordplay column and, through learning about the constructors behind the puzzles, realized anyone is free to write and submit them. After completing David's 8/18/19 Sunday puzzle "Revolutionary", I learned that he had just graduated from Stanford, where I was about to begin my sophomore year. Reaching out for advice and being met with the opportunity to collaborate on a Sunday puzzle (which evolved into this one) was a dream come true, and I thoroughly enjoyed the getting to know the process of it all.

As David says, we originally planned on a Sunday-length puzzle and had a few more theme entries to show for it, but I'm happy with how the Tuesday version turned out. Some other fun entries in this theme include CLOTHES / CLOSE TO THE CHEST, BATHES / BEATS THE HEAT, GRAND TIME / GETTING MARRIED, and CARTED IN / INCARCERATED. Also, a favorite clue I came up with for that original Sunday puzzle: TEMP [F, C, or K meas.] :)

I'm taking a couple of quarters off from classes, which at Stanford are all online for upperclassmen until the spring, and that's left me with lots of time to think of ideas — hopefully, you'll hear from me again!

DAVID: It was a pleasure working with Luci! She was a freshman at Stanford the same year I was a senior, but our paths never crossed. When Luci reached out last year asking for constructing advice, I knew we had to make a puzzle together. Go Cardinal!

Fortunately, I'd been thinking about a theme that seemed perfect for collaboration. I've always been fascinated by letter banks, and I figured there had to be a subset of them that were apt, so I wrote a short program to generate possibilities. Surprisingly, there were more than 11,000 options; not so surprisingly, almost all the pairings were completely random. I knew uncovering the apt ones would be like finding a needle in a haystack. Luci and I were able to divide and conquer, which sped things up significantly — she combed through all the letter banks starting with A to M, and I took N to Z.

We originally built this puzzle as a Sunday, but alas, Will and his team liked some of our finds more than others. On the bright side, building both Sunday and daily versions of this puzzle gave Luci lots of constructing practice, and we're both thrilled with how the puzzle turned out. Having my 100th crossword run in The Times is exciting, but nothing can compare to the thrill of making a debut! We hope you enjoy our puzzle.