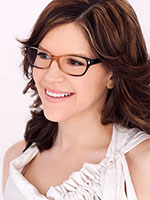 Doug and I have exchanged many emails about this celeb constructor series. It was so neat hearing details about his experience with Lisa, an enthusiastic solver and co-constructor who wanted to be involved in every step of the process. How awesome to be invited over to her house to work together in person! 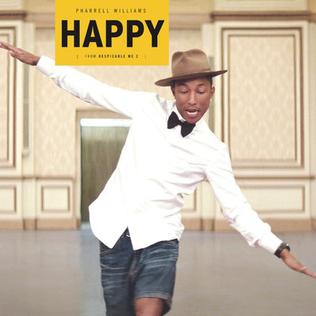 I love that their theme (one-word famous songs within phrases, reinterpreting the phrases through wacky clues) relates to Lisa. I only recognized HAPPY off the bat — I couldn't remember exactly what Lisa's hit song was titled — but I did get a kick out of HAPPY HOLIDAYS being defined as observances around that particular song.

They had to work with terribly inconvenient themer lengths, those 13- and 14-letter entries so pesky. Note 1.) how UMBRELLA POLICY has to be put in row 4 instead of row 3, and how that squishes the themers together more than usual. No bueno! And also note 2.) that each of the themers forces at least one black square placement right off the bat. Double no bueno!

I like that Doug put together a few grid skeletons and discussed the pros and cons with Lisa, and that she helped consider both the aesthetic considerations as well as the trade-offs between snazzy and smooth fill. Doug had one layout using "Utah blocks" — imagine if ENE had been blacked out — which would have made the fill easier, but many of us constructors can't stand the visual chunkiness of so many black squares. Feels like a crutch, a blemish on the puzzle.

Doug puts a high emphasis on packing his puzzles with strong, long fill, and that was much appreciated today. BOBBLEHEAD! UPROARIOUS! ERROL FLYNN! FAIR ENOUGH! These can help hold a solver's attention if he/she doesn't quite connect with the theme. And the layout is so nice; those long downs perfectly spread out. More constructors ought to lay out their puzzles using this general approach.

A few minor ENE / ESE / ENS, along with a oof-worthy AGIN. But not bad overall, especially considering the inconvenient themer lengths.

I also liked that they worked in so many music entries/clues. I normally would balk at the crossing of ELAL / ELO in an early-week puzzle, but today it seemed fun to me. Referencing Hall & Oates, The Shangri-LAS, DELLA Reese was also nice.

Given that I had to look up half the featured songs (I'm a pop culture idiot), the theme didn't resonate well enough with me to get a POW! But I enjoyed the result of this collaboration. I hope it doesn't stop here — how cool would it be if they became a regular crossword-making DUO!