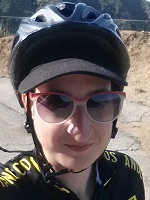 This is my sophomore effort in the Times--whether it's sophomoric, I'll leave to the solvers.

I was thrilled to kick this puzzle off with the entry GENDER ROLES. I also loved the first clue I thought of: "Synthetic divisions?" Unfortunately, I quickly realized what you've already realized: a pun based on an obscure algebra algorithm is not going to land. I found it incredibly difficult to decide on a replacement. It was important to me to make my politics clear: traditional gender roles are artificial, divisive and destructive. Simultaneously, I wanted something clever and light-hearted for such a central entry in the puzzle. All credit for the published clue goes to my friend Gabe Chandler, who found a balance by referencing classic sitcoms: familiar and fun, but also based on tired stereotypes that have aged so poorly. I often ask Gabe to "beta-test" my crossword submissions and he's made many helpful suggestions. Thank you!

I enjoyed reading Kevin Der's Constructor's Note last week, where he classified some ways to make a clue end-of-week difficult: misdirection, vagueness, open-endedness, and trivia. I confess to a weakness for trivia. Personally, I love it when a recognizable answer has an impossible clue, and needs to be solved from the crosses. For instance, I wanted to clue ORION'S BELT as "Home of Alnitak, Alnilam and Mintaka," the names of its three stars. Of course, I didn't expect solvers to know these names--I didn't, either, until I looked them up--but I was hoping for bewilderment, followed by an epiphany after getting something like _ R I _ _ S B _ L T. It might look like "Jeopardy!" at first, but it's really "Wheel of Fortune." The same impulse led me to clue PEACEMAKER as "Nickname of the B-36 bomber, ironically," knowing full well that the nicknames of aircraft are typically known only to those who fly them. I was glad to see this one make it in.

I'm glad I could sneak in the math term LEMMAS, with the help of easy crosses. This seems to be the first time that the clue for the plural matches modern usage. Logically, there's no difference between a lemma and a theorem: they're both words for proven mathematical results. But if you think your new result is interesting or important, you call it a theorem; if it's a result you feel obligated to prove, in order to get to the interesting or important stuff, you call it a lemma. Somewhat complicating this distinction, mathematicians are often wrong about what other people will find interesting or important (example: this paragraph). Years later, their so-called lemmas may be pillars of "mathematical canon," while their theorems lie forgotten.

I'm delighted to make my crossword debut today! I'm 28 and originally from the Boston area, though I now live in California where I am pursuing a mathematics PhD at the University of California, Davis. Besides math and crossword puzzles, I am passionate about self-supported bicycle touring, i.e. traveling hundreds and thousands of miles on a bike with all my camping gear and other supplies. Apparently stubbornness is the common theme of all my favorite activites.

The first few puzzles I created were acrostics in the style of the biweekly Emily Cox and Henry Rathvon puzzles in the Sunday Times. These were my favorites growing up, and it's possible I've done (or attempted) every single one since they became a feature in 1999. Unfortunately for me, but fortunately for the world, Cox and Rathvon have a monopoly on producing these for the Times.

To help me construct these acrostics, I wrote a simple computer program to keep track of which letters from the quote I had used, and to number them in the answers below. This piqued my interest in using computers as a tool for crossword constructing in general. After a few efforts at making crosswords by hand, I started writing programs to scrape text from the Internet to create word lists, and to help me search for words and phrases that fit with a partially filled grid.

I soon discovered that most constructors use commercial software such as Crossword Compiler and Cruciverbalist to make puzzles, but I've steered clear of these for three reasons: first, I enjoy messing around with computers; second, I have a graduate student's income; and third and most importantly, I'm a huge believer in the Free Software and Open Source Software movements. (I would guess I'm the only constructor to typeset my crossword submissions using LaTeX!) In some respects I am probably making things harder for myself by not using the commercial software, but I think it also creates an opportunity to come up with something novel.

My first two submissions to the Times were rejected. One of the issues with those puzzles was that they had too many short words--there were isolated corners and "boxes" of short words on the sides, with only a few long words running in between. So for this puzzle I set out to make as open a layout as I could. I started with the three long acrosses and the center down entry, and then looked for a long down to run into each corner. At this point the letter combinations pretty much forced the placement of the rest of the black squares.

Will and Joel enormously improved this puzzle by rewriting a substantial portion of the clues. In the eight or nine months since I submitted this puzzle, I've gotten a little better at coming up with good clues, but I still find it very difficult and time-consuming. I actually have six completed grids right now that I'm totally happy with, but which are still missing clues.