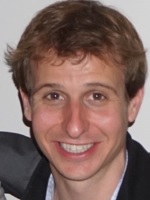 DATA SCIENTIST as the "sexiest job of the 21st century" = a great entry and clue combination. Sometimes I get overly excited about a phrase I might seed a crossword with, and I might even finish out the grid before realizing that it can't take a very good clue. "Uncanny valley" was one like this — neat phrase, bizarre idea, but how are you going to clue it? DATA SCIENTIST, with its fantastic clue, makes for the type of seed I love.

Strong gridwork. Kyle does use a 72-word grid — the max allowed for a themeless — which often comes with fewer long slots than I like. But Kyle employed some very long entries, JESSE EISENBERG, DATA SCIENTIST, ILL DRINK TO THAT!, which helped the puzzle feel meaty.

Nice work converting some of the mid-length slots into assets too, TRUST ME and JOE COOL in particular. Even BEDREST and TOUPEES are fun. Most every long or medium slot is used wisely, except for DIAPERED. (Given my toddler and baby, maybe I'm too deep into the literal crap to appreciate that one.)

I did wonder about featuring two long proper names — it can be rough on a solver if you don't know who the person is, giving you at best a "meh" when you finally get the answer. But JESSE EISENBERG has had multiple starring roles, and TREVOR NOAH hosts "The Daily Show," so I think they're way beyond the threshold of crossworthiness. Still, I had so much more fun solving DATA SCIENTIST than JESSE EISENBERG.

Great work on short fill; a sign of skilled craftsmanship. I did hitch at BOITO and LENI. BOITO is famous in opera and thus (I think) crossworthy, but thank goodness Kyle ensured all the crossings were fair. LENI … perhaps if this had been a title character? It stuck out as the lone iffy-feeling entry. (Some might cringe at JAMA, but given that my wife is a doctor ...)

If you're going to go to 72 words, you have to make your grid virtually flawless. Kyle executed well.

I tend to like themeless puzzles featuring a single, stellar grid-spanner across the middle. The impact of WHAT'S NEW WITH YOU is high, and it doesn't stress the grid nearly as much as a triple-stack or even a double-stack of grid-spanners. A nice way to introduce a new 15-letter entry.

I also liked the feature entries intersecting WHAT'S NEW WITH YOU — MUST BE NICE (sigh) and DYNAMIC DUO are great selections. Along with a couple of other nice long entries like SIGHT GAG, IM ON FIRE, HEDONISM, the skeleton of the grid bursts with color.

I would have liked more sizzling entries, though. The NW and SE corners feature triple-stacks, but PONIARDS, AMERICAN, CASH SALE aren't that interesting to me. INSOMNIA carries a beautiful clue: [A good cure for it is sleep, per W.C. Fields], echoing the Marx Bros. wit in the opposite corner, so that does elevate it.

It's tough enough to put together any clean and colorful triple-stack, even when they're only eight letters long, and it becomes even harder when you run a long entry through it. When you run two entries through — and they're next to each other, like HEDONISM and YES WE CAN — it's almost a guarantee that some of your long slots won't turn into great assets.

It's a tricky balance of trying to cram in a ton of long slots vs. converting all those slots into sizzling material. We also see other signs of that stress in the SE corner, with ONEA and SESS holding the stack together. Along with some HHH, EES (electrical engineers), A TOE, DOES SO, the level of glue is right at my personal threshold.

New short or mid-length entries can delight me, and trying to figure out MAC PRO was entertaining. I'm not sure if it has legs, like the IPAD, or if it'll go the way of the POWER PC or EMAC. But for now, it was really fun to struggle with the odd MACP?? pattern.

Puns, puns, puns. I admit, I don't really get them. (Full disclosure — all my pun submissions have been rejected, by every editor I've ever submitted to.) I did like many of Merl Reagle's punny themes, but the idea of "success" being defined as "making people groan"? That concept is confusing to this engineer-at-heart. 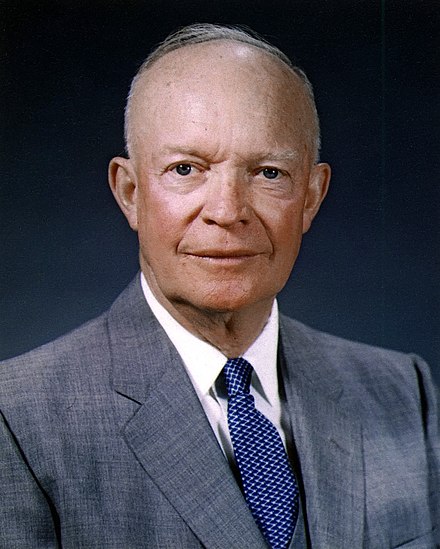 Anyhoo, there are some fun discoveries here, Edward Snowden turned into EDWARD SNOWED IN. Neat how those are so close, but the meaning changes so much. Curt Schilling (the MLB pitcher) to CURT CHILLING works similarly, a delicate sound change producing something nicely different.

The other two seem inconsistent to me — just outright rhymes, where one requires breaking the last name — but punnery doesn't seem to have any hard and fast rules. Huh. I groaned a little upon reading "Dwight D. Ice in Shower" … which I think means Kyle was successful?

I did appreciate the bonus fill, NEW IN TOWN, BAD WORD, and THE REAL ME very nice and fresh-feeling. PHYRIGIA felt only vaguely familiar, but I was able to pull it out of data storage in the far recesses of my mind. I enjoyed learning that nice piece of trivia related to King Midas — thankfully all the crosses were fair! HEARD OF and SAYS HI didn't feel quite as strong to me, as the add-a-preposition phrases don't usually impress me, but overall, there are some nice bonuses.

The short fill worked pretty well too, especially considering there were five themers + all that long fill. EXOD (short for Exodus) always looks funny to me (and why do people need to shorten a six-letter word to a four-letter one?), and it doesn't surprise me that it comes in one of the toughest places to fill in the grid, in the intersection of two themers crossing two long phrases. Very common to require some crossword glue when so much strain is placed on one small portion of the grid.

MRS C is familiar to me since I watched most "Happy Days" episodes in my childhood, but it does feel a bit outdated at this point.

Overall, some groans and some smiles for this winter-appropriate puzzle.

ADDED NOTE: Nixon lost the 1960 election while Eisenhower was still in office (as a lame duck), so the next Republican nominee after Eisenhower left office was indeed Goldwater. A tricky way to link the two punnable men!

Jill is one of XWord Info's world-famous(-ish) "J Crew," Jim and Jeff rounding out the trifecta.