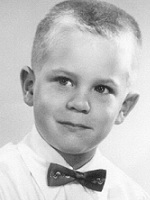 I'm a retired business executive who was lucky enough to retire very young. I still serve on several Boards of Directors, but I spend the bulk of my time reading, traveling with my wife, enjoying my grandchildren and constructing crosswords. Since I took it up five years ago, I've had two puzzles published in the NYT and eleven published in the LAT. This is my third puzzle to be published in the NYT.

I think that the "travels" of this puzzle are a bit unusual. I first submitted it to Will on September 21, 2012 — over three years ago. Will had a pretty speedy turnaround and accepted it on December 2, 2012. Then we waited … and waited … and waited. I checked in with Will several times over the years to be sure that Mr. Puzzle was still alive and kicking. Each time, he reported that Mr. Puzzle was in very good spirits, but that he (Will) had a backlog of early-week puzzles of a similar genre and that he needed time to space them out. If it had occurred to him, Will would likely have said "Patience." And he would have added "Remember the theme: AGES. This puzzle is aging quite nicely."