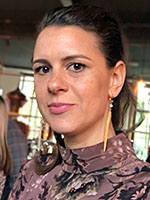 One of the key principles in marketing is that it takes multiple mentions before a brand name begins to register in people's consciousness. ABBA seems to have that down pat! I listened to a ton of ABBA in college, never noticing that their (gigantic) discography contains so many repetitive titles. So much for marketing, but neat observation, Katie!

ABBA is in crosswords with surprisingly high frequency, given that 1.) it doesn't exhibit any consonant-vowel alternation, and 2.) those Bs aren't the easiest letters to work with. Over 150 Shortz-era appearances, putting it in the top 150 most-used entries! This has more to do with the As still being extremely useful, no matter their position within the word, but it's fun to imagine constructors trooping away with "Super Trouper" in the background.

Solid debut gridwork! I breezed through, such a smooth product, with my only pause in the north region. PINKO and STENO feel 1950's-esque, and ABO might become apparent as blood typing letters only after some thought.

With only three long theme answers, I expect a ton of long bonuses. TOMATO SOUP and PANTOMIMES added spice, and GAMERTAG might speak to a generation of eSports fans. I would have liked more out of the EMISSION slot, but the mid-length HOT BATH, SINBAD, and MR COOL helped make up for that potential left on the table.

Loved the YELP clue, a website where you go to see "the stars." Hopefully, five stars!

It would have been great if all the phrases had been as naturally clueable as GIMME GIMME GIMME, a fine phrase on its own ("Daaaaad, I neeeeed that!!!"), since the kooky clues alerted me right away that something weird was going on.

I wonder if anti-ABBAites will be more apathetic or even against this puzzle, but this fan of the Swedish supergroup enjoyed the glimpse into their titular marketing prowess.

Excellent Sunday puzzle, well above the overall average. Note that I didn't say well above Sunday average — Sundays have been underwhelming and not as well-executed as weekday puzzles in recent memory. Thus, this puzzle is way above the typical Sunday offering these days. 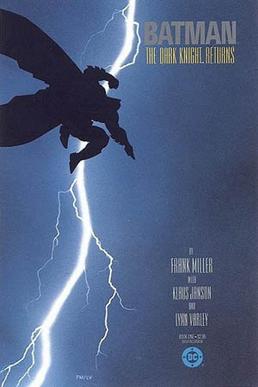 It's not a groundbreaking concept — change the R sound to a W, emulating TODDLER TALK — but there's definitely room for tried-and-true concepts if they're done well. And this one is exemplary. We usually judge a sound change puzzle by:

Neat spelling changes. RAIN to WAYNE is fantastic, as are ROOM to WOMB and RISKY to WHISKEY. Not a one is a simple R to W letter substitution, like REB to WEB or REED to WEED.

Amusing results. Batman having to pay for Batmobile upgrades with a paper check = hilarious! Finishing dinner by HITting WOK BOTTOM. And a feel-good moment with AN ELEPHANT IN THE WOMB.

Smooth short fill. I didn't hitch once in my solve. All you can point out for sure are ALEE and YEE. Given that the typical NYT Sunday has about a dozen dabs of gloop, this is outstanding.

There's no secret to executing on a grid like this. Get yourself a reasonable word list (that separates fine entries from questionable ones), and keep on testing different grid skeletons until you land on something that works without relying on any glue. You'll undoubtedly have to introduce a dab or two to remove dupes, select more colorful bonuses, etc., but more than five is plain lazy. It baffles me that the norm is about 12.

Christina gets how to make a great puzzle, forcing herself to work with only fine grid entries. This is the Patrick Berry school of thought that most everyone aspires to. Yet she's one of the handful who's shown that she truly gets it. It's fantastic that she's passing on these lessons to others.