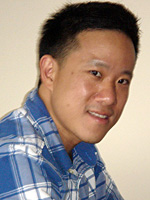 With other commitments in life, I've had much less time to construct crosswords in the past few years, that is, until the pandemic restrictions in Singapore left me caged at home with nothing but time. Happily, creating puzzles is still as fun now as it was when I started 10 years ago, although keeping up with the vocabulary of young people is becoming increasingly challenging — sometimes, I feel like I need to get a couple of my undergrads to help me maintain my wordlist.

The theme of this puzzle is also admittedly a bit old-fashioned. I like the theme set I managed to come up with, though, so I hope people in the mood for an old-fashioned Sunday will have a good time. Or if not, just an old fashioned instead. Ganbei!

NYT crossword fanatics may recall that I had a puzzle in February last year that used a similar figure-8 grid. While I was constructing that one, I was forced to add cheaters to the 7th and 9th rows to get clean fill, which ended up leaving me vaguely dissatisfied with the shape of the puzzle. This ended up nagging at me so much that I thought I'd have another go at filling the grid I really wanted to use, and this time managed to succeed. Happily, Will liked the second puzzle too, and I got to sleep well at night again after it was accepted.

It will come as no surprise that 12-Across was my seed entry at the top. Given that the current constructing community skews young and geeky, it's a little strange that the entry is only making its NYT debut at the start of Season 6 of the show — might be the awkward 13-letter length.

Played around a lot with the middle of the grid, going through about 4 or 5 versions before I was finally happy with what I had. I especially wanted everything going through CJ CREGG (another seed) to be unambiguous — you're out of luck with that name if you weren't a West Wing fan.

Clue I was saddest to lose: I originally had 41-Across as {Fry in England}, but Mr. Colbert took his place. Apologies to all my QI-loving friends.

I actually constructed 2 versions of this puzzle before deciding which to submit, one with and the other without the central theme entry. This is the one with 5 themers — it has slightly worse fill, but I think the compromises were worth it to get BONO into the mix. A set of mononymous singers wouldn't have felt complete without him.

My big worry as I dropped this one into the mailbox was whether DURIANS were well-known enough to appear in a NYT crossword — I don't recall ever seeing one in my time in the States. I'm glad they passed muster with Will! Curious to see in comments if anyone has had the pleasure of eating one.

The other thing I noted about the final version of this puzzle is that most of my "?" clues survived the edit. I'm fond of writing them, but I think they often come out a bit too crazy for editors' tastes. It's nice that [Mixer for losers?] made the cut — the image amused me when I thought it up (or perhaps I'm just very easily amused).

I constructed this puzzle almost 3 years ago, and my main memory of it is having a titanic struggle completing the southwest and northeast corners after starting to fill the grid from the center. As a result, I think there's more ugly short stuff than I'd like in a themeless I'd construct today, particularly the yukky AN ILL. C'est la vie. I am happy that KAMA SUTRA made it into print with my original clue, which still kind of amuses me. (Or maybe I'm just easily amused.)

The eagle-eyed may have noticed that both this themeless and my last one have drug names debuted in them (CIALIS and now PAXIL) — I'm not shilling for any drug companies though, honest! On the other hand, I am generally plugging any graphic novelists/novels that find their way into my grids, so if you haven't read anything by ALAN MOORE, please do so immediately.

This puzzle started life with CHAI EUONYM as part of the theme set. Will didn't think many people would know what a EUONYM was, so we went to PRAGUE AIOLI (changing CHATEAU OIL to OILS), and I refilled the grid for the first time. I thought at that point I was done, but Will wanted another rewrite because I had long downs at 5d and 64d* that were longer than my themers at 36d and 40d. I personally hold the philosophy that breaking that convention is OK with certain themes (for instance, where the theme answers are all clearly nonsense phrases), but I may be in the minority on that point. Fortunately I had come in at 138 words in my original version, so I was able to split those answers up without completely gutting the grid. Still not the end of the story though — Will e-mailed me a couple of weeks before publication to tell me I'd misspelled OEUVRE (oof) and that he had redone the left side of the grid. Talk about limping to the finish line.

In any case, I'm very pleased to have my first Times Sunday puzzle in print, and I hope people enjoy it despite its tortured birth!

* for interest, 64d in the original grid was LAUREL WREATH {Leaves in triumph}, and 5D was BREASTAURANT (!)

It might be of interest that I started constructing this puzzle almost immediately after actually visiting the 1-Across. I suspect it might be the one and only puzzleworthy entry with a JKH consonant string, which of course made its use irresistible.