17 puzzles by John Lieb
with Will Shortz comments 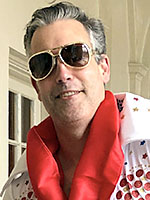 I don't usually run punny themes on Mondays, but this one felt simple enough to still be appropriate for the easiest day of the week. Apparently, John Lieb expected this puzzle to appear later in the week, because the clues he submitted tended to be on the hard side. As a result, most of the clues here are mine.

The Monday-Thursday puzzles this week appeared last Saturday at the Arlington Puzzle Festival in Arlington, Va. The 2013 results should be posted soon.