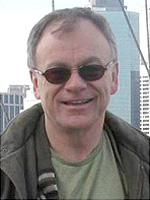 Unlike some themes, which take plenty of fiddling with before coming into focus, the idea for this one came at once. I remember precisely where I was at the time — in the middle of our living room moving furniture — the very spot where I abandoned an armoire for several hours while I went to pick theme answers and fill the grid. (Question: What's the most valuable resource a crossword constructor can have? Answer: An understanding wife.)

The biggest challenge was getting the Downs to play nice, with six of them crossing three theme answers and two of them crossing four. Though there were other grid possibilities, they had issues too. For the most part, I think it worked out all right.

Regarding clues: If you have a beef with the one for AXE, please take it up with Unilever. If you don't like the ones for ANT or ERA, you can blame me. (I do think it's fun to come up with new clues for short answers.) But if, like me, you find "Chapter seven?" for ETA to be so utterly diabolical that it takes longer than you want to admit to make sense of it, please send your letters to Mr. Will Shortz at The New York Times. (That's really a gem.)

As we used to say when honeymooning years ago in Fiji, "Bula!"

My soccer-playing, Landon Donovan-jersey-wearing son, Donovan, will be happy when he sees his name in the paper. That said, 57-Across was not the seed for the puzzle but actually the last of the themes answers I found. At first I just looked for answers with repeating letters, not sure where it would lead. Three-letter strings seemed promising and from there I narrowed the choices, eliminating repeats within single words (e.g., Chihuahua) and ones that didn't break evenly across separate words (e.g., atom bombs). By then it was down to a short list of candidates. Adding another angle — e.g., using all names, spelling something with the combined letter strings — was a bit much to ask, so after a final cut (and one close call) I went with this selection. The theme answers felt like a good mix and worked well in the grid.

FYI, the "close call" in my final cut was PIPER PERABO. In her favor: I've seen her on TV and she seems lovely. On the other hand: (a) She's only lovely if you know her and her fame is probably marginal for a theme answer, especially one using word play; (b) The PER in her name and in Percy Shelley's name seemed like a repeat better to avoid; and (c) I didn't want the theme to be too name-heavy and preferred using no more than two names if possible. Another Hollywood name left on the cutting room floor was IRWIN WINKLER. My regrets to his fans and to Piper's.

Filling a grid is an act of discovery as much as construction. Construction implies you know the end product before you begin, as if working off a blueprint. Maybe there's something to that when building a themed puzzle.

Making a themeless puzzle is different. More like a journey, you pick a place to start, head off in one direction or another, not sure what you'll find but hoping for memorable encounters as you try to reach the other end or come full circle. In this case, I set out from the northwest, traveled south, then east, and finally up north again. For the most part, not a bad ride. Every section has a thing or two worth the visit — a lively answer, a clever clue, pleasant accommodations.

One spot where I feared the wheels were coming off was the middle. My attempts to avoid F-SHAPED were for naught. But if you can't get around it, you go through it, so that's what I did. Luckily, there is something shaped like the letter F. For anyone unfamiliar with cellos and their sound holes, don't think of a capital F in sans serif font, but a lowercase f in calligraphy. That's a better image, and the reason that musical types call them f-holes.

I also thought twice about TURTLE DIARY. It offered better crossings than the alternatives, but I imagine not everyone knows the movie. I had good memories of it, watched it again this week, and I'm glad I went with it. The film is a small gem, based on a Russell Hoban novel that is now in print again. I give the title a big thumbs up, too — it looks good in the grid. And it is the end of the week, so why not?

It all started at 1-Across. The genesis was a brief conversation I'd overheard about Washington. "Which one?" was the question, meaning to clarify whether city or state, but the way my mind works, I thought, which one? Denzel? George? That triggered the CTD (crossword theme detector) in my brain, and pretty soon I had the idea of a double rebus playing off the various paper currency denominations. The dollar sign at the center of the grid needed to stand alone, more or less forcing the 13-letter vertical answers at 31- and 33-Down, which ended up being a variation of a title I'd had in mind. It fit nicely and added, I think, a certain element to the puzzle. That central $ forced the rebuses toward the perimeter, ate into the 140-word allotment of a Sunday grid, and posed a few challenges for the fill. In the end, it all came together, with just a handful of short answers coming from the B-list, so to speak.