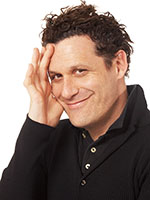 ISAAC: I've been doing the crossword puzzle in the New York Times since high school (an eternity) and the first time my name was in it my mother called and said: "you've arrived." It's with glee that I accepted the task to work on one in this illustrious year of anniversary.

I started with the idea to create a round grid that looked like a button. I actually measured the puzzle and hand ruled the grid to illustrate my idea. Within a day or two, I was informed that it wouldn't work because the round idea created too many two word answers, even one word answers which I gather are forbidden. Next, I came up with an idea for portmanteau-ish designer / famous names with answers like TOM FORD MADDOX FORD and FRANK STELLA MCCARTNEY which also got sent back for reasons I still don't understand. I guess there's a lot I don't know about puzzle making!

David and I settled on the following puzzle which I think is engrossing and a lot of fun. And I think more than so many other projects I learned about a latent obsession I have with not only doing puzzles but making them and I think my mother was right. With this puzzle, I've definitely "arrived."

DAVID: Working with Isaac on this puzzle was a lot of fun, and I appreciate the fact that he gave me plenty of his time and input. Originally we started throwing around fashion-related themes, thinking the puzzle would run on a Tuesday or Wednesday. For example, we thought about answers where the last word is a fashion item and the first word is changed to a verb (e.g., SHRINK WRAPS, STICK SHIFTS, etc.). Isaac also thought that something called "Designer Mix" (MADONNA KARAN etc.) might work.

We finally decided to do something else: answers, not normally connected to fashion, as they might be clued by a fashionista. The answers we came up with were too long for a daily, so Will gave us the go-ahead for a Sunday puzzle. The main problem was coming up with enough good theme answers that could be clued in a funny fashion-related way. (One answer that didn't make it into the puzzle was SUITS TO A TEE for "Casual Friday alternative?").