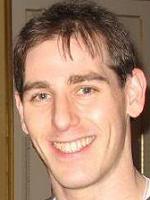 I thought of the BOTTLED UP ANGER connection during a drive, but not really as a puzzle entry until a bit later, when I started thinking about double-meanings in emotion-related phrases. Since there isn't really a hidden trick or revealer, I especially try to make the non-theme parts of the puzzle fun and quirky.

If this is a bit too easy or not tricky enough for you, I understand completely — but also remember that many of us (that don't read puzzle sites and blogs) are also regular solvers who want a challenging but satisyfing experience, so I try to take everyone who attempts the Sunday into account — it may be their first try! Anyway, I hope you enjoyed it!

KEVIN: The original version of this had RICE KRISPIES BOX 15, NORTH POLE 9, KEEBLER AD 9, and JRR TOLKIEN BOOKS 15. Joel emailed Howard and me and said they weren't crazy about KEEBLER AD 9 or JRR TOLKIEN BOOKS 15. Howard and I asked if we could send a revision with LORD OF THE RINGS 14, RICE KRISPIES BOX 15, and SANTA'S WORKSHOP 14. Joel said sure they would take a look and we went from there.

Early on I fretted over whether the Rice Krispies characters are elves or gnomes. If they're gnomes, then are elves a subset of gnomes, are gnomes a subset of elves, are gnomes and elves exactly the same things, or are they totally different things? In the end I decided that the characters on the Rice Krispies box are elves, not gnomes, so it didn't matter. Crisis averted. Whew!

In the long down fill, HEAD DESK was a phrase I'd been wanting to work into a puzzle for a while. FREE WIFI is a part of everyday life, and it's never been in an NYT crossword puzzle before. There are lots of interesting ways to clue ROCK STAR, so that's a good one. We would have rather had EXCUSE ME in the spot that has ENVISAGE, but the rest of the fill in that area was cleaner with ENVISAGE, so we went with that.

HOWARD: I don't have much more to add to Kevin's comments here, except this was a fun, accessible little theme to craft with him. Also, my intensive searches about rice-based cereal mascots turned up enough evidence of elf-esteem to satisfy my doubts about its inclusion in the puzzle, and I'm glad that Kevin was also okay with it :-). Enjoy!

VICTOR: I powered up the Wayback Machine to share some of the failed themers that Howard and I discussed. EE CUMMINGS (EEC) and DH LAWRENCE (DHL) both had nice initialisms, but we dismissed them so all of the entries would go by name-initial-name, not initial-initial-name.

I am of the perfect age to remember RICHARD DEAN ANDERSON as MacGyver and reading RDA's on labels, but, alas, a 19-letter name doesn't leave enough room to put the initials next to it, even if one can make a defibrillator out of two candlesticks and some microphone wire. Same problem for PERCY BYSSHE SHELLEY.

MARK PAUL GOSSELAAR's 17 letters would have fit nicely with a block and a triplet next door, but we didn't have a good name to put opposite him, so no go, and we decided to skip all name-name-name types, which also ruled out JUNE CARTER CASH (not clear that everyone would know Jewish Community Centers well enough anyway, so also goodbye to JOHN C CALHOUN). DAVID O SELZNICK and JAMES A GARFIELD almost made it onto the list, and HARRY S TRUMAN might have been there had HUNTER S THOMPSON not beaten him to the HST punch.

So, after all that, we ended up with the set in the puzzle. I very much enjoyed working with Howard, and I hope that people enjoyed solving it as much as we enjoyed making it.

HOWARD: In short, I originally told Victor of a theme idea that I had based on initials that sadly never came to fruition (not even close, actually). Victor resurrected the idea and ran with it, coming up with a nice list of candidates. He developed a lot of solid fill and did some of the general heavy lifting on this puzzle. Co-constructing is fairly new for me, so this was a great experience -

I highly recommend it, Jeff ;).

This is a rare attempt for me at a freestyle, unthemed puzzle. Unlike some of these, this one did not have one "seed" answer that started the grid. Instead, I tried just free-associating some creative ideas for the longer answers, then built organically (is that the right word?) from there; my goal was to build around each of the longest answers so that the smaller words (4-6 letters) would also be interesting. I'm not sure how it will play out, but the main goal was to keep it light and fun.

Translation - I don't really know to make themelesses well yet. I wanted to push myself to try something new.

The simple things in life can inspire a puzzle theme. This one arose from watching my daughters pick out flavors from the ice cream container (strawberry for one, vanilla/chocolate for the other).

From there it was just a matter of seeing if the concept was done before, then filling the puzzle with verbal toppings. Enjoy!

For this puzzle, I randomly noticed the film BEETLEJUICE has been used as a clever clue for GAS (I'll wait here while you read that again), and I thought of the name Vin Diesel as an appropriate pairing to this.

Now two of my weakest areas of knowledge are film and TV. This includes titles, actors, characters, awards, and anything remotely related to those. Most of us have these knowledge gaps. As a solver, I always strive to learn more stuff to fill in those gaps, instead of simply saying "Who cares about (x)?".

So what does a constructor do from here? Create a puzzle theme around film and actor wordplay, of course!

The secondary purpose of this puzzle (after your entertainment, of course) was to force myself out of my knowledge comfort zone.

I hope you enjoy it!

Hello solvers, hope that this one wasn't too rough on you. All comments on my puzzles are welcomed, in any forum that you choose.

The phrase "halftime show" combined with "60 minutes" was the seed for this puzzle; it took much longer to decide upon the actual theme, combining a mathematical multiplication/division with some form or reference to a creative work.

Bonus note: I did initially seek a "quarter" clue instead of "fourth", but I could not really find an appropriate "quarter" phrase that met the full theme.

Someone may likely find a perfect fit for this, but in the end I decided that "fourth estate" was the best and most cluable option, if slightly inelegant for "one-fourth".

So I thought to use the most common clues that we take for granted ("Part of HOMES" for ERIE, etc.). My original versions had no "TWO BY FOURS," and had two extra rebus words in the corners. However, I felt the fill was not up to snuff, and the extra themers did not add to the surprise. After some suggestion and rework, the grid you see came to be.

I intended this for a Thursday trick and clued accordingly. Mr. Shortz, in his wisdom, decided this would be a nice April Fools' Day trick. Some of the cluing has been toughened up for a Saturday, and possibly to help disguise the rebus a bit more.

I just hope it's not too frustrating, nor too easy.

My favorite types of Sunday crosswords are those involving some sort of trickery, unusual gimmick, or other "outside the box" features. So of course when I sat down to write one myself, I did pretty much none of that.

Instead, this puzzle is a relatively straightforward theme with a focus on clean, lively fill. It won't wow you with meta-level discovery or a maximally perfect, algorithmic-generated theme set; it simply aims to be fun.

My hope is that for at least one solver (or team) out there, this is the first Sunday puzzle they successfully complete. For the rest of us, I hope you enjoy the fill along the way. If it's not to your taste, there's always the promise of a new puzzle tomorrow. Happy solving!

This puzzle's "rocky" theme and its long answers occurred to me after seeing a highway sign warning of falling rocks. The goal here was to merely make an accessible, early-week puzzle. As far as fill, ROCK LOBSTER is a musical guilty pleasure; it still brings a smile when I hear it and I was glad to fit it in the grid.

Insider note: the inclusion of ERODED was not in my initial fill (I tried EVADES/EVADED at first). The obvious connection with the theme didn't occur to me until halfway through a later fill attempt. Although I didn't feel a "reveal" was necessary, it's a nice little bonus.

In general, it's tougher than it looks to make a puzzle with clean fill that also avoids semi-obscurity. I'm not as pleased with ELY, ESTER or SADE, but they were fair costs for smoother areas. (LESSOR could have been LESSER for example, but REE just didn't work for me as anything common).

Hello, Howard Barkin here. When I'm not filling in these waffly grid-like things, I'm having some family time, reading, or playing league floor hockey (ice hockey rules, played without skates, and with a ball instead of a puck). I do this in a futile attempt to reassure myself that I am in the same age and physical condition as I was in college.

This puzzle started some years ago as a lunch-hour scribble on an office notepad of a list of words that could precede CHECK. I have no idea why I did this; I suppose it seemed like a good idea at the time. Much later, I tried pairing these up until a promising puzzle idea emerged. The 15-letter entries were a pleasant surprise, but were by no means a seed for the puzzle. Many puzzles with this theme type don't lend themselves to longer answers, so this was a nice bonus. After many, many versions and revisions, what you see finally came into being.

Although I have a personal preference against Roman numerals in puzzles, I unfortunately ended up including one in there anyway. It just proves what an art it is to construct smoothly, and how much I have yet to learn!

Having been on the solving side of the cruciverbal community for quite a while, it was nice to try my hand at construction. Believe me, it is a completely different perspective. The next time you have some difficulty with a particularly frustrating puzzle, try crafting your own to fully appreciate the process. This was a rather challenging grid design to work with for my level of experience, and in retrospect, perhaps some alternative designs may have worked more effectively. Live and learn!