Second debut in two days! Greg lists out some fun WORDs OF THE YEAR, as decided by the American Dialect Society. So apt for us cruciverbalists! PLUTOED was my favorite — such a colorful way of saying "demoted." The MILLENNIUM BUG, of course, was huge back in 2000, and what a snazzy phrase back then. Not sure it's held up, but it did get a great clue — [Rollover problem] had to be some SUV issue, right? Not when it's a problem rolling over from 1999 to 2000! 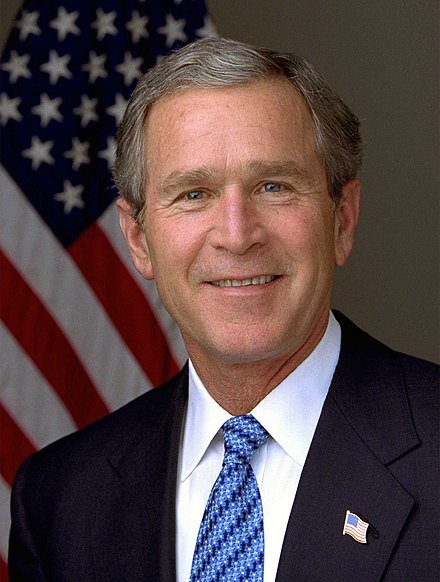 Made me curious as to what other words of the year were. What a shame CHINGLISH didn't make it in this puzzle, nor did MISUNDERESTIMATE. (You could write an entire week's worth of puzzles using Bushisms …)

That gets to the heart of why I'm not super keen on list puzzles. With so many entries possible, why not SHOCK AND AWE or CLOUD COMPUTING or LETS ROLL or any of the other great phrases? I would have liked more tightness, perhaps the full set from 2016, or if all of them were related, i.e., all Bushisms.

Amazing how much Bush-speak is on the list! That entire WMD thing was questionable at best, but it's hard to beat Bush for sheer comedic and wordplay value.

I appreciated Greg's efforts to work some bonuses into the fill. Not an easy task, what with three long answers, two mid-length ones, and two shorties taking up so much real estate. PIANO WIRE and KING MINOS, GAY BAR, my beloved Ken GRIFFEY, Jr. = great stuff.

Prices to pay. RSTU ought to automatically necessitate a puzzle redo — it's barely a step above [Any four random letters]. A ROPE, AND LO, INO, REG, OEUF … oof, indeed. Fewer themers and/or fewer bonuses would have been a welcome trade-off for more smoothness.

But overall, I had forgotten about the WORD OF THE YEAR, and it was fun to get some throwbacks to interesting times in history, what with WMDs and all. Reminds me of the ancient Chinese curse: may you live in interesting times.

ADDED NOTE: Ben Zimmer, linguist and columnist for the Wall Street Journal, pointed out that the official ADS WotY selections are much more limited than I had thought. (That's what I get for speed-reading through Wikipedia!) Interesting to note that there's just a single word / phrase they choose each year. My favorite was 2005's "truthiness" — not a Bushism per se, but related!