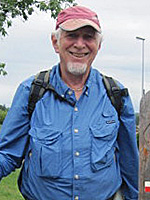 This puzzle was accepted in July 2013. It was my first NY Times acceptance.

I looked through a list of theme types and thought that combining alliteration and a vowel shift would be an interesting twist. Since then I've seen a few others that used the same basic theme type, but at the time the idea was original to me. The theme came together rather smoothly, though I did play with the positions of SESAMESEED and SOLIDSOUTH, looking for the smoothest fill.

As I look at the fill now, USTEN is my least favorite since the highway would normally be written US-10. However, I'm pretty pleased overall. As usual, Will changed a lot of the clues — about half. He also changed the letter in square 1 from S to G, a change with which I disagree. I think the two abbreviations GPAS and SAS are roughly equal in goodness/badness, but using GPAS as 1-Across means starting with a weakish entry. Starting with SPAS means starting with a real thing. To me that's preferable.

I hope that the solvers enjoyed this puzzle.

Though I've done crossword puzzles sporadically all my life, about four years ago I started doing them a bit more seriously than I had in the past. It didn't take me long to realize that I would never be very good unless I improved my knowledge of rap singers, American Idol winners and European rivers, to mention just a few of my areas of ignorance. Since I was unwilling to study these and diverse other topics, I resigned myself to remaining a mediocre (though slowly improving) solver.

But then, somehow, I discovered the world of crossword construction. This would be a new challenge. So I bought Patrick Berry's book on construction and got started. It wasn't long, feeling a bit discouraged, that I wrote to Patrick noting that he claimed anyone could learn to construct puzzles yet fewer than one hundred NY Times debuts occurred each year while 1000's of his book were selling. Despite my misgivings and rejections, I persisted and soon got some LA Times publications. Today is my NY Times debut. I thank Patrick Berry for his book, Nancy Salomon for her invaluable mentoring, Rick Norris for my first crossword publication, and Will Shortz for putting me in the NY Times.

Today's puzzle is actually the second of mine accepted by Will. The present version seems to have been edited sometime after its acceptance as much of the fill in the NE corner and adjacent areas looks new to me. One word I wish I had been allowed to use is "pgdns" (seldom used keys), which can be found in the singular on your keyboard.