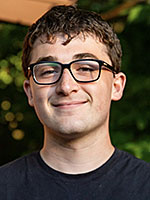 Come on down, crossword solvers! THE PRICE IS literally RIGHT, synonyms for "price" at the end of three long phrases. WHOLE BEAN COFFEE, CARE TO ELABORATE, GUERILLA WARFARE ... there's something elegant about 15-letter grid spanners because they leave no residues or stowage in the rest of the row.

Hopefully, those puns don't make you want to charge at me.

"Disguised synonyms" puzzles are usually done using whole words, like with DEPTH CHARGE or TARGET HEART RATE. "Hidden words" typically get tucked in the middles of themers. It's fun to get something different from THE USUAL FARE today.

Four grid-spanning themers can be challenging to grid around, especially in the west and east regions, where you have a triplet of down entries that will need to thread through the ends of two themers. Garrett did a solid job, the east not only smooth but with an X woven in to boot. I don't know my royals well, but SUSSEX rang a bell.

The west was nearly as solid. I don't mind III since it's a common suffix. (A close friend of mine is Fred, Jr., and his son is Fred, III. His other son is also named Fred, and he doesn't care to elaborate.)

The rest of the grid isn't usually too difficult once you figure out something that works for the west and east sections, but I appreciated the extra touches, Garrett working in the colorful EVEN KEEL and LOW POINT. I'm sure some solvers will balk at LOLCAT, either because they're too old to know what this is, or the kids these days will roll their eyes at the LOLCAT being ten years past its prime. Doze cats still making me lolz, though.

So many hidden words and disguised synonyms take a toll, so I appreciated something a little different.