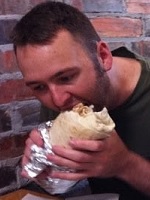 My favorite type of Saturday challenge is one that first appears to be impossible, but there are enough hints of places where you might gain a toehold. It puts up a knock-down slugfest, but ultimately, the constructor has set me up for a win — not just a victory, but one with zero doubts preventing me from double-pumping fists of glory. Evans did such a fantastic job of setting me up today. 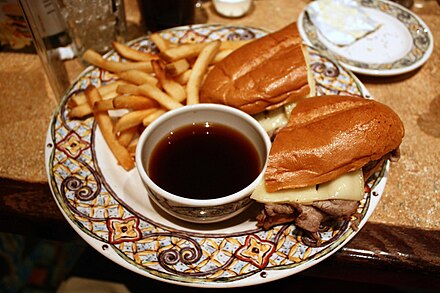 It can be so daunting when a themeless has so few 3- or 4-letter words. So much for those ever-present crossword-common entries that are hard to disguise!

Fantastic use of marquee slots, OCTOBER SURPRISE a vivid term. Wherever you are on the political spectrum, that phrase evokes all sorts of stories — be they horror or success.

As a crossword entry, MEAT AND POTATOES is hardly that. Love the phrase. I'd have liked more wordplay or misdirection out of the clue, though: [The bare essentials …] is straightforward.

I did wonder if DEAD AS A DOORNAIL might not be the greatest entry during this coronavirus era, but cluing it to the classical Dickens reference helped me overcome that.

OLD ACQUAINTANCE was my least favorite of the four, but mainly because the clue didn't feel accurate. There's a distinct difference between a friend and an acquaintance, yes?

Best clue of the week in [Matchmaking target?] As someone who recently spent two weeks looking for the match to my favorite red wool sock, I should have gotten this much quicker.

I also appreciated how Evans carefully worked in a J in the west. It's much more common to place a J where it can start both an Across and a Down entry (JONAS / JABS), so to get one in the middle of two fine entries (AU JUS and DYE JOB) is excellent work.

I don't know any guys named TOD — or women named DOT — and TOD usually is referenced to the fox in "The Fox and the Hound." Perhaps a famous TOD will break out one day, and we constructors will rejoice.

Although there wasn't a ton of flashy material in the grid, Evans followed the constructors' first rule so well.

I like seeing new themeless grid patterns which don't fall into the normal "triple-stacked long answers in each of the four corners." It was fun to get two pairs of long answers crossing each other in the NW / SE corners, something you don't see in many themelesses. It is tough to do this with all four entries being great, so the kooky/awesome PERIWIGS and DRACONIAN crossing EPHEMERAL and DISPARATE is pretty darn good. I didn't care as much for the opposite corner, as PROHIBITS and TOLERABLE fall more into "everyday language" in my eyes, but TITLE ROLE and BLOTCHES are nice. 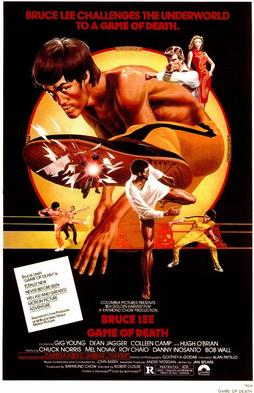 Evans does employ normal triple-stacking in the upper right and lower left, and does a reasonable job with it. I especially liked ONE TWO PUNCH under a RADIOLOGIST (with a great clue, [One who can see right through you?]), and a sneaky GARDEN SNAKE … or was that a GARTER SNAKE? I enjoyed working my way out of that trap.

That triplet does require some crossword glue to hold it together — A GUN (partial) and ZAC / ADANA / EDOM, which produces two very tough crossings for some. I suppose ADANA being a historic Churchill conference site and EDOM a Biblical location makes them things that a NYT solver ought to learn if he/she doesn't already know them, but I think these crossings carry a high risk of dissatisfaction for a good chunk of solvers.

I absolutely loved seeing Kareem ABDUL JABBAR in a prominent location — how is it that this is his debut in any major publication? I remember his skyhook and defiantly dorky goggles (if anyone is looking for a present for me …), but his "Game of Death" role stands out most for me, a seven-footer fighting Bruce Lee. Who knew a guy that tall could move like that?

In general, Evans used a good chunk of his long slots to good effect. Aside from the aforementioned neutral ones, there was CARTOONLIKE — cartoonish is more in use, yeah? — but still, there were enough colorful ones that I enjoyed the puzzle overall.

Debut! Always impressive to see a debut in a themeless grid, as the competition for themeless slots is fierce. I like what Evans did today, connecting two sides of the grid with GREASE THE WHEELS, appropriately enough. Often that connectivity requires a compromise, reducing the number of long (8+ letter) slots, but we get 15 of them today. All sorts of potential.

That SE quadrant was both fantastic and bittersweet. Seeing KEVIN DURANT brings me painful memories of our beloved Sonics being ripped away, but he's such a crazy good player, plus he manages to keep his humility and even donates to charity. For this NBA addict this entry was a gimme, but I can imagine that a lot of folks are going to have trouble, especially crossing ADP. I personally know that company well, as they're a major player in payroll handling, but it's not something I would expect many to know. 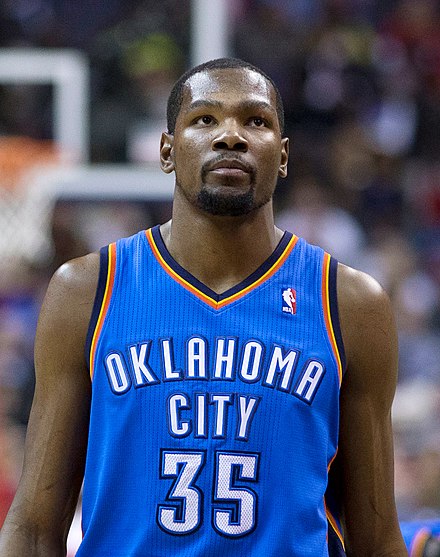 It brings up some questions interesting to me. Yes, Durant gets millions of Google hits, but is he 1.) fair game for crosswords and/or 2.) desirable as a debut entry? I generally shy away from entries that either a solver either knows or doesn't — those in the latter camp often leave with a feeling of dissatisfaction. Even if all the crosses are perfectly fair and the solver learns something, KEVIN DURANT might be only as relevant to their life as the latest rapper or the boy band of the week. So I think any MVP is fair game, but I personally favor entries like the colorful FROG MARCH when it comes to a debut. Much more likely to appeal to a bigger number of market segments.

All the connectivity throughout the grid brings great flow, no section cordoned off from the rest. That does bring trade-offs though, as connecting the quadrants in so many different ways brings the little glue entries like SOC, SER, AT ME right in those transition regions. Generally I sense inelegance when there's roughly more than five glue entries in a themeless, so when you're going to need some TRAVE, LII, SGTS stuff as well, it can be a tough call as to how much interconnectivity is optimal.

All in all, a nice debut with quite a few strong entries and clues. BARTENDER is a good entry in itself, and using a clue like [Manhattan architect?] really makes it sing.