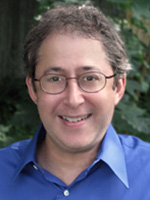 Eric! His "Winston Breen" series has been out for over a decade now, yet my daughter's elementary school library still has a copy of the set. That's a testament to how fun they are. Fans of puzzles should pick up a copy! 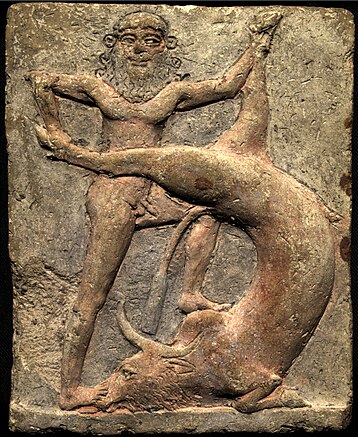 I enjoy the "mash-up" theme genre, and I appreciate that Eric featured so many multi-worders. EPH(EMERAL)DS and HAM(MERING)UE are fine, but GILGAMESH + GAME SHOW = GILGAMESHOW shines. There's something about the space in GAME SHOW that makes the discovery stand out. AIREDALE + RED ALERT = AIREDALERT is excellent, too.

These findings might feel incredibly impressive to non-tech-oriented folks since they appear hard to uncover. That isn't the case since a strong wordlist will contain all of the component entries, and a simple program can uncover lots of possibilities.

Conversely, I've heard some complaints from techie solvers, who say that these types of puzzles reek of computer-assistance. That strikes me as odd; like complaining that a book feels like it was written on a computer, not a legal pad. Of course, constructors should use all the time-saving tools they can in their quest to make the best puzzle possible.

Even with computer assistance, a Sunday 140-word puzzle is no walk in the park, and a 136-worder like today's is a Herculean task. There's not quite a deluge of gluey bits today — about 18, including AREST, IRISE, DECI, ENES — but today's puzzle could have been a smooth, elegant 140-worder. Maybe even POW! material.

I understand the allure of the challenge, though, constructors wanting to tackle something seemingly impossible. Tough to resist sometimes.

Even with the rough edges, the array of fun finds was enough to keep my interest over the entire solve, which isn't the case on most Sundays this past year.

The theme tickled me, people of different professions fighting in their appropriate way. The image of a jazz trombonist coming out swinging (literally swinging his slide, too!) into the fray = hilarious. A hairstylist bobbing and weaving combatants to make sure they look properly intimidating? Yes!

And the best for last, the king and queen putting up their dukes as proxy fighters. Visualizing the Duke of Cornwall bopping someone on the head with his orbed scepter, that's comedy gold.

It was smile-inducing enough that I wanted a fourth themer, and fun enough that I brainstormed. BOXED SETS could have been good for an audiophile, a gardener might have participated in a SLUGFEST, etc. I'm a lover, not a fighter, so not the best person to ideate on this theme, but I bet there are a ton more.

This is an extremely rare case where expanding into a 21x21 Sunday puzzle might have been the way to go!

It's thin to have just three themers these days, so you need a ton of goodies throughout the grid, plus a squeaky clean product. Eric did fine on the first count, NACHO CHIP, OOPSIE, DOWNGRADE, POISON IVY, BALLAST, SHAMPOO — all interesting.

Not as strong on the second. It's never great to kick off your starting corner with something odd like AMAIN, alerting solvers that the rest of their experience might be impaired. Toss in ACNED, RTE, URI, USS, MUMBO, and potentially stymieing newbs with a APSE / EKG cross …

About average for a Tuesday NYT product, but I'd like to see a higher degree of polish from a seasoned pro like Eric.

All in all, an entertaining idea that kept me grinning; one that could have gone the distance for a 12-round Sunday solving experience.

My first escape room experience involved a former MBA classmate standing over me and my brother, yelling "SOLVE IT, SOLVE IT FASTER, SOLVE IT NOW OR WE AREN'T GOING TO ESCAPE!"

My escape room experiences since then have gotten remarkably better.

There's something so alluring about having a fixed amount of time to get out, just you and your teammates' collective wits as your only tools.

Good luck to all who enter today's contest! (We've hidden the solution grid, to be revealed after the contest ends.) I can't emphasize enough how pleased I am to see another NYT crossword contest. They're such fantastic tools in engaging existing solvers even further, as well as drawing in new solvers too. Who doesn't love winning things?

I worry that the NYT has lost out on huge untapped potential here, with the WSJ and especially Matt Gaffney doing an amazing job of building a rabidly dedicated base of meta solvers. Thankfully though, it's never too late. I'm hoping that we see many, many more contests from the NYT going forward. How about a regular monthly feature, Will?

★ Man, did I ever think Weird Al's songs (and name) were funny when I was a kid.

Heck, I still think they're hilarious and awesome! I'm jealous of Eric for getting the chance to work with the legend. 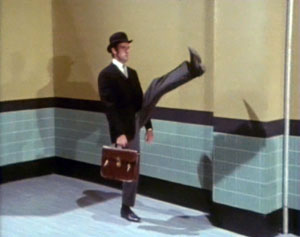 And what a fun concept they came up with, playing on "cheesy" movies, in an aptly Weird Al-esque way. Cheesy-related movie puns was a winner for me — big praise for someone tone-deaf when it comes to puns!

And imagining a movie where anthropomorphic blocks of Muenster tried to scare kids made me laugh too. Good stuff all around.

Extra fun in the cluing, too, a bunch of stuff that seemed as wacky as Weird Al himself. John CLEESE doing his "silly walks." (Much to my wife's chagrin, I still do them.) A TOUPEE = a rug you don't walk on. PEEL something you might slip on. It's a bit Weird Al, a bit Fozzie Bear, and a whole lot amusing.

A bit too much crossword glue for my taste, notably OSO feeling oh so globby, but some AFTS SRS AGRI REG isn't bad for a mid-week puzzle.

Overall, a satiric delight. I kind of wish Weird Al would write a crossword parody song and debut it IN A CROSSWORD the day before he released it. I call dibs on working with him if he takes on that idea!

Great concept, literalizing magic tricks. Some solvers might not totally get what's going on, so we've fixed up a few things in the grid (see below). In particular, there's a LEVITATING MAN in the upper right. There's also a single rebus square — the RING of LINKING RINGS. 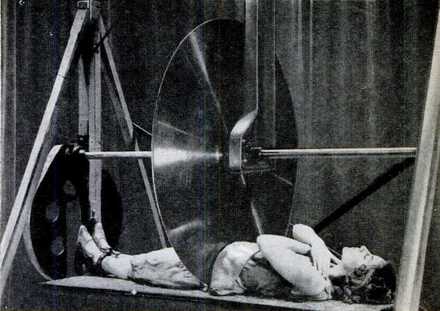 And the two that took me forever to grok: 1.) the PEACE DUCK of Chinese cuisine? Aha, that's wordplay around the CHANGING CARD TRICK, the KING of PE(KING) magically transformed into the ACE of PE(ACE). And 2.) the SURE I thought had to be INSURE … Nope! (COIN)SURE with its VANISHING COIN.

Nice to have so much variety in the "acts."

The VANISHING COIN, yes! CHANGING CARD … this is apparently what magicians call the trick, but it sounded odd to this muggle.

LINKING RINGS … this one confused me. I thought the stereotypical trick was to link separate rings so they form a chain? Perhaps this one, squishing RINGs into a tiny square, is something different?

For those non-magic fans, good bonuses in SVENGALI, GRAY AREA, OLE MISS, TAFFETA, CHARISMA with an apt anagram in IS A CHARM. Even GLYPH is an interesting word.

There was too much crossword glue for my taste, though. ERGOT, INFRA, LTS, EERO / AMER / DRYS, DYS, ARD, ANTH, NOT BE, etc. There is so much going on in the grid — six tricks and six literalizations of those tricks — that I'd have preferred one fewer trick with a cleaner grid, or using more than 140 words, which would have helped break up some of those big chunks of white space.

Nice idea, though not as elegant as I like a magic show to be.

A big welcome back to Eric! After a three-year hiatus from constructing, he comes back with a brain bender of a Sunday. Eric is the author of the Winston Breen series, a neat trilogy about a kid obsessed with puzzles. A fourth grade teacher friend of mine recently sent me a list of her district's "Best Books List" and asked if I could recommend any of them for read-alouds in her class. I chose maybe ten great ones for her… including "The Puzzling World of Winston Breen"!

Back to the puzzle. How to explain this one? If you look at the grid below, you'll see the central entry, A LITTLE GIVE AND TAKE, parsed into two-letter chunks. Each of these chunks are "removed" from one word and then "added" to another, in every case forming valid words or phrases. As an example, the first two letters, AL, can be taken out of FALLOUT to form FLOUT. They then can be added to HERD to form HERALD.

It was pretty hard for me to figure out and remember where each bigram was added. Jim and I discussed "fixing up" the database so that the answers accurately reflected the clues, but that seemed like it would take away the cleverness of the concept. For instance, if you were perusing this puzzle a few years down the road and hit the clue [*Royal messenger] and saw HERALD, you wouldn't think twice. In one sense that's great, as it's not confusing at all. On the other hand, if the answer reads HERD (as it does), it'd make you scratch your head. I personally like it when people scratch their heads. So instead of the fix-ups, here's a listing of the answers where the bigram was added:

Considering that just took me 15 minutes to search out and piece together, I can only imagine how rough it's going to be on some solvers. REBU(KE)S and L(EG)ION in particular had wicked clues. I like a challenge, and really enjoyed figuring out several of the "added-on" words. Those two… whoo! "Upbraids" apparently means "rebukes" (not "does one's hair up"?), who knew? And LEGION felt like a noun to me, but the dictionary says by golly it's an adjective, too. Learn something new every day.

It would have been nice to have the bigrams in order somehow, since all the jumping around broke up the flow of my solve a bit. And it might have even been nicer to not have the central revealer; instead, asking the reader to read across the bigrams in order to read the final reveal (something akin to Patrick Berry's recent puzzle). But overall, it's an innovative idea, one I haven't seen before. I always appreciate the creativity.

Filling in the center: