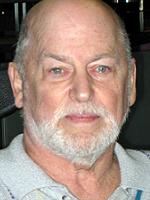 I didn't fully understand the theme until I read Will Nediger's notes. I'm glad that he had a formula, because my first impression was that the products were a mish-mash, too loosely related to their companies. Even knowing the rationale now, though, I'm not sure I buy it. Why a (specific brand) + (generic product)? Why not (specific product) + (specific product)? 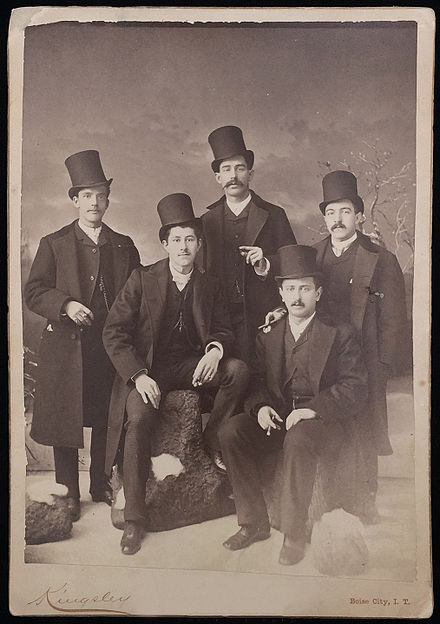 Some of them were such a stretch that I couldn't suspend disbelief. Starbucks product is GROUNDS? Photographers buy SHOOTERS? I suppose people going to Greyhound's web site might book COACHES instead of buses.

Theme qualms aside, Will is such a strong grid technician, and Dick did some fine work filling the skeleton. The upper right and lower left are particularly tough — triple-stacks of 9s are doable, but quads are so tough that I almost always try to break them up. OBJECTORS / BEAVER HAT / IN BALANCE / TONE POEM is excellent work.

I used to watch "The Daily Show" daily but still couldn remember how to spell JABOUKIE (JABOOKIE keeps sticking in my head). Excellent work making sure the crosses were unambiguous.

A handful of strong clues helped keep my attention, too. Clever clues can make your long marquee fill even spicier. HOTELIER is already a nice entry, but playing on the "in crowd" makes it more memorable.

(The BAGS clue refers to a "Birkin bag." Not a surprise that this sweatpants wearer hadn't heard of it.)

"Corporate mergers" feels like it has a lot of potential as a theme concept. I wish there were more oomph or a stronger a-ha with this implementation.

It's time for another edition of JEFF VS. DAN! For those of you who don't know of this magnificent contest, I race Dan Feyer, the reigning ACPT champ, at my own puzzles. In the past he's stomped me into dust, often by a factor of two (a factor of three, one time). So after a while, what could I do but up my level of cheating, going one step above knowing the answers? By studying the entire answer grid for five minutes and memorizing as many answers I could, I proceeded to trounce Dan (by two magnificent seconds).

So I decided to be the bigger man and give "the crossword titan" (note the theatrical air quotes) a handicap. I'm eventually going to beat Dan fair and square (by only knowing the answers — more than fair, really).

My time on today's puzzle: a blazing 3:56! My hand shall be victoriously raised!

Dan's time, listed at his blog... 1:49. Dagnabit! He beat me by a factor of two. The sun was in my eyes. And the clouds. And these grapes are awfully sour. Ahem.

BTW, fun to work with Dick on this one. We had a lot of back and forth, brainstorming and revising Dick's core idea. The grid came pretty quickly after finalizing the themers, as 15/14/14/15 is a pretty easy pattern to work with. And I enjoy the exercise of fitting in good short fill like ONE TWO, NO PROB, BAD RAP, R KELLY. BTW, I actually don't know who R KELLY is. I mean, I know the name. But if you put Eminem, Psy, Lil' Wayne, Yo-yo Ma and R Kelly together, you could easily convince me that they were The Village People. R Kelly is the construction worker, isn't he?

Thus continues the saga of JEFF VS. DAN, wherein I try my durndest to beat ACPT champ Dan Feyer on a puzzle I wrote. My solving time: 6:39. You'll find Dan's time (and that of the other speedsters) posted at Dan's blog. Curious to see how badly he beat me this time. It's been over 30 puzzles now, and I still haven't won. I've even started handicapping it by reviewing all the answers right before I solve. And sometimes I don't even come within a factor of two!

Very fun collaborating with Dick on his big debut. He came up with the idea and I helped him refine it. I actually didn't do that much; the credit should go to him. It's tough to come up with clever ideas for a NYT Sunday puzzle.

Ah, the gridwork. Not as much of a challenge as I've encountered in some other constructions, but a toughie nonetheless. There are only six themers, but incorporating the dagger with the M A C B E T H letters made it tricky, forcing us to deploy our black squares quicker than we had desired. This left big open spaces in the NW and NE, and without those cheater squares (the two stair patterns at the top of the grid), it looked pretty hopeless. We debated whether EXERCISERS was legitimate, eventually deciding it was KOSHER, and were glad that it allowed the snazzy BANDOLERO and LITERATI to work.

The other tricky spot sort of snuck up on us. Because of the word count limitations (140 max), we had to incorporate a few long across answers, IONE SKYE notably. It's a nice entry in itself, but boy did it cause problems. Because it crossed three theme answers, there weren't many options there besides IONE SKYE, and once that was fixed into place, KIEL was the best we could do at that spot. Now, I'm a huge fan of James Bond villains and Jaws in particular, but even I don't like having to remember who played him. And having OHO, OOH, OH I, UH OH... that's my fault. Sometimes at a certain point (in this case, maybe 50 attempts), you've done your best.

Ah well, as with most constructions, there will be compromises. I had a great time working on this with Dick, and I welcome anyone who's interested in collaborating (read: allowing me to ride on their coattails as I politely shoot down all their ideas until something fun emerges) to contact me at jeffchen1972 (at) gmail (dot) com.