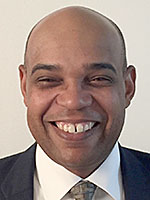 It was a thrill and an honor to be asked to submit a puzzle this week! It was even more humbling being able to work directly with Will on honing a theme and polishing the rough ends of this puzzle. I am curious to see which entries will be appearing in the NYT crossword for the first time, but I am fairly sure there will be more than one debut! I did try to have the theme entries reflect a wide genre of music forms, and I hope this was accomplished. My hope is that everyone solving this puzzle will come across a song that is new to them, while still delivering a fun solving experience for everyone.

I will admit, I grew up in an area where racism was not a prominent issue. The small town of Cassopolis, MI, is a melting pot of cultures. But, as I have progressed as an adult, I have tried to learn more from people who have experienced certain things more than I have. But no matter what your background, puzzles can have an uplifting affect on a person's spirits. That is because when you solve a puzzle, whether it is a crossword or a sudoku or a jigsaw, you have found a finite solution to a problem. The world isn't always that simple.

Here's hoping that people of any background can at least get an exposure to, and perhaps learn to love, solving puzzles like I do. And I hope this puzzle was fun to solve as well!

DEREK: This puzzle idea was a hybrid of Jeff and myself. He reached out to me about co-constructing, and I bounced this idea off of combining black and white in the same square. The revealer in the middle was Jeff's idea, and it works great, as well as fitting OTHELLO in the grid to boot. I have a fair idea of what makes a good puzzle after blogging on crosswordfiend.com for a few years, but Jeff's input was invaluable, as well as his immense talent in filling the grid. It was a back-and-forth project, but the fill was mostly Jeff's genius.

I was born in Chicago, grew up in Cassopolis, MI, and now live in Mishawaka, IN. My earliest great crossword puzzle memory was solving an Ornery crossword in Games Magazine in the early 80s with my cousin Ardis from Chicago. I have a compilation book of Ornery's, and I can pinpoint that exact puzzle to this day! It was a glorious holiday weekend of open dictionaries and encyclopedia searching (this was before the internet!), and the feeling of satisfaction way back then when I was only 11 or 12 got me hooked on puzzles for life. I have been piling up Dell puzzle magazines and printing out crosswords from the internet ever since.