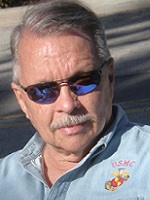 Easy breezy start to the week, and we welcome another debut constructor to the mix! Some really nice "S to P" themers today, highlighted by STANLEY CUP and its brilliant clue. Way to repurpose the word "goal" in a way that's both accessible to early-week solvers and still amusing for more experienced solvers. SKINNY DIP, SKI TRIP, STEEL TRAP, SUMMER CAMP, they're all solid to great entries. Well chosen.

Themes built around a word parsed into pieces (ALADDIN goes to "AL add in," for example) have been done quite a bit, so I like to see either a clever parse or a tough constraint. S to P isn't bad on the former, a nice and unexpected separation that has the added benefit of not giving the idea away until the very end. Pretty tough to see what's in common between STANLEY CUP, SKINNY DIP, etc. without knowing what you're looking for. So a pretty good reveal.

Sure would have been nice to have a tighter set of themers, though. Not essential as the current themers work fine of course, but there are so many phrases starting with S and ending with P, it feels a bit too easy to me. What if the revealer had been STOOP, for example? A much harder constraint, perhaps resulting in more of a "hey, that's really cool!" moment. (If it's actually possible.)

Smart grid design, spreading out the five themers and revealer well. Adding that final revealer makes things challenging when you already have five themers, so kudos for adding in a set of nice long downs. ALFA ROMEO is a nice colorful one. RACE AHEAD is good, too, and even ties in with ALFA ROMEO for a little fill echo. I like the thoughtful touch.

I did notice an excess of esoteric(ish) proper names, though. I don't mind at all to get a bunch of BETTE, EURO, EROS, ATKINS, ELAINE, EMMA, as they're all well-known and beloved by many. It's the pile-up of ESAI, OAKIE, MEHTA, ERL, ARTIE that I feel hurts the puzzle. Any one of those by itself is perfectly fine, as they're all valid (albeit a bit esoteric) entries. Even two or three of them = no problem. But I'm much rather see a few of them changed into partials, abbrs., acronyms, etc. — having so much of one type of glue makes it more noticeable.

Congrats to C.C. on another one, and to Dennis for the debut. Hoping the two of you will SADDLE UP (or SET UP SHOP) to do more.