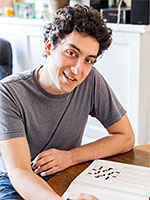 In all the times I've tried to explain to my daughter why FOMO drives us to do funny things, I've never noticed how funny it is to parse it FEAR OF MISSIN' GOUT. That's a winner! QUALIFYIN' GROUND isn't that amusing in its own right, but the clue did such a great job of making me smile. The visual of a sea captain saying "Here's the thing about dry land …" is so entertaining. 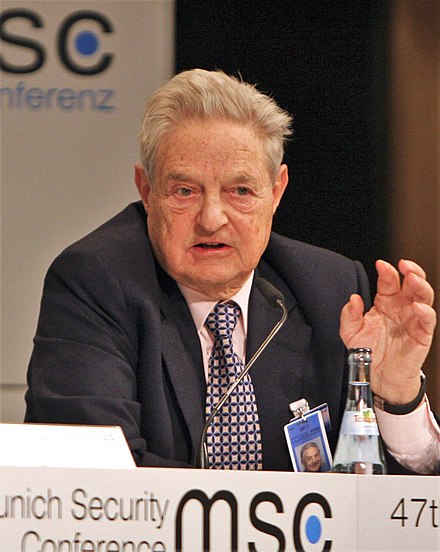 The other transformations didn't do much for me, as I've seen ROOM → GROOM, LOVE → GLOVE, RAIN → GRAIN many times in crosswords, but all in all, the theme works. It reminded me of a more innovative one from a few years back, playing on a similar conceit.

For a straight-over-the-plate puzzle, bonuses in the fill can be so important. I loved NERD ALERT!, ZEBRAFISH, LEGAL AID, PHONE SEX, even JIGGLES and OUCHIES. That can all help keep a solver's attention.

Smoothness is important, too, though. What do these have in common: SNERT, ENDE, MEADE, EPEES, ENTO, NEY, ENNUIS, YSER? Not only are they common crosswordese, but they heavily feature the free "Wheel of Fortune" letters, RSTLN E. That's not a terrible thing, since some of these can give longtime solvers toeholds into the puzzle, but cutting the quantity of crossword glue in half or more would have been better.

I generally strongly disagree with the philosophy of going under 140 words. Most of the time, a 140-word puzzle can be both more sparkly and smoother than a 136-word one.

I did enjoy quite a few clever clues. MATINEE as [Something never seen at night] is brilliant. George SOROS as "The Palindrome" makes me long to get a cool nickname. And SIRENS as [Rock singers?] is so clever.

I like Sunday puzzles to be more ground-breaking than a g-round breaker, but there's a place for these among certain solving segments — especially those who aren't as crossword-obsessed as me.

FEARLESS LEADER = Franklin Delano Roosevelt minus the letters F E A R — in that order! A wonderful find. I've been searching for an exemplary "clues are missing certain letters" concept for years now, and this is way better than anything I've come up with. It's so easy to identify FDR's name even without those four letters, so that you have half an idea of what's going on — and then when you get the other half, it's transcendent.

After solving that one, I thought for sure that this would be the POW! The fact that FDR was a FEARLESS LEADER makes it perfect.

HEADLESS CHICKEN was close in terms of wow factor, H E A D perfectly omitted, while still keeping Rhode Island Red identifiable. I did hear some complaints the last time the phrase showed up, making me wonder if it doesn't have universal recognition (running around like a headless chicken = going in chaos).

Oh, how badly I wanted the rest of the puzzle to measure up to these two findings. ODORLESS GAS was fine, although it's not as easy to smell what _xygen _iflu_ _ide should be, and it wasn't immediately clear to me that oxygen difluoride is an odorless gas.

TIRELESS WORKER had some issues too, as a TAXI DRIVER is a worker, but I don't know that all TAXI DRIVERs are tireless.

Huh. Now that I think about it, is oxygen disulfide odorless? Was it just a coincidence that FDR was a FEARLESS LEADER? I think so, which takes away from my perceived cleverness of the theme. Drat.

HAIRLESS DOG was the one that yanked it right out of POW! contention. _ _ r r _ e _ is … a HARRIER? How is the jump jet a HAIRLESS DOG? I read up on Harriers for five solid minutes before wondering, could there be a dog breed named the HARRIER? Huh.

The gridwork also pulled down the solving experience. As much as I crave bonuses like BADASS, RASSLE, BJORK, EMOJI, it's much more important to deliver a friendly Tuesday solving experience for newer folks. Entries like OJO EPEE SLO don't do that. Having LEPER in your grid isn't great, either.

Such a shame. FEARLESS LEADER is one of those amazing finds that rarely comes along. Cutting out HARRIER to let the grid breath more, and working to upgrade TIRELESS WORKER would have made the puzzle Puzzle of the Year material.

I enjoy puzzles that play with shapes. I'd seen "V sitting over I = Y" puzzles before, but I like David's additional layer, CRACKING WISE hinting that not only do the Ys get broken into V over I (see the grid below for details), but it only happens within themers … that are humor-related! Love it when a puzzle goes above and beyond. 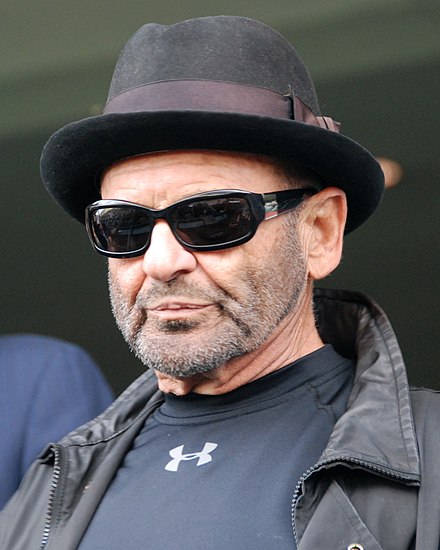 Delightful themers. I love me some YO MAMA JOKEs, so that one stood out. But all of them were strong phrases, all related to comedy. Good selections, if a bit repetitive-feeling toward the end.

In my book, the best Sunday puzzles are the ones that scream I'M TOO BIG TO BE CONTAINED BY A 15x15 GRID! This one did not. It's true that EVERYBODYS A COMEDIAN is too long for a 15x15. But while the theme tickled me through the first half of the puzzle, the joke started to get old.

(That central themer apparently is true!)

What might have helped: longer crossing answers (containing the VIs) — shorties like AVIAS and EVITE don't do much for me. Would have been awesome to have even more humor-related phrases crossing the themers at those squares! Now that would have been awesome, and given it a good reason to need a big grid.

A Sunday 140-word grid is almost always harder to fill with clean and colorful material, compared to a 15x15 weekday. It's even harder when you add the constraint of "no other Ys in the puzzle except those in the themers." Stuff like PERINATAL and ARGOSIES didn't do a lot for me — I bet there could have been more of the great ROSE PETAL and POLONIUS long fill in a 15x15 … as well as less AARONS / TARAS, STER / ISE, ACARD / AHERO, etc.

Clever idea overall though, and the title's extra lavier — er, layer — helped me enjoy the puzzle

BOBS UP AND DOWN = a fun revealer, with famous BOBs going up, down, up and then down through theme answers. Bob DYLAN hiding in CANDYLAND (what a weird mental image) and Bob HOPE in SMOOTH OPERATORS = great finds.

I couldn't quite recall Bob Fosse or Bob Vila, but it was easy enough to figure them out from the theme answers, plus the crossing answers were fair enough. It would have been nice if these two had been as uber-famous as the first two — I was curious what other Bobs could have been placed in the "up" direction. Bob SAGET? Not unless you include some racy words (think of the -GASM ending, ahem). Bob DOLE offers more possibilities. Tough to find others!

I found the cluing a bit odd on PRINCESS OF WALES. That's a perfectly legit entry, but [Elton John's dedicatee for "Candle in the Wind 1997"] clearly indicates LADY DI or PRINCESS DI, yeah? I would have much preferred something like [Lady Di, e.g.].

Tough grid arrangement, with five long themers. Of course, the conceit forces the themers to be placed vertically, but that has the unfortunate side effect of giving the solver the revealer very early in the game. I always find it more satisfying to wait until the end (or at least the middle) before I'm handed the concept. It would have been tough to run BOBS UP AND DOWN horizontally since the four themers would have had to intersect it, but I wonder if that could have been possible.

A handful of gluey stuff is to be expected given the high grid constraints. Most didn't bother me, but things like ORA, TES, ESA, ITE and SOG all added up. SOG especially seems so ... odd. When a three-letter entry of common letter has only been used six times in the Shortz era, that's a bad sign.

Not a lot of long fill — just USED TO BE and PEKOE TEA — but David does well with much of his mid-length stuff like ERSTAZ, Sinatra's FEDORA, JOLSON, IN A JAM. Nice bonuses as I solved.

Okay, all you solvers out there who didn't understand the theme at first, raise your hands!

After filling in the last letter, I was astonished that I got Mr. Happy Pencil, since WET HOODS looked so odd. It took me an embarrassingly long time to figure out that the theme answers were all anagrams of the phrase immediately following "... out of ...". Confused still? [Weapon part that's out of this world] means the weapon part is made up out of the letters T H I S W O R L D. Anagrammed, you get SWORD HILT. Same goes for (out of) THE WOODS and WET HOODS. I thought it was pretty neat, once I got it. A bit of British cryptic crossword leaking over into the US.

"Wacky" phrase puzzles can be hit or miss. They usually need to be really funny, or at least produce an odd mental image to be successful. I liked most of the themers, but none of them spoke to me in particular. I did enjoy that SWORD HILT is a real thing — what a cool coincidence that THIS WORLD and SWORD HILT are anagrams!

I also appreciated some of the lively fill in David's puzzle. I GOT NEXT especially feels fresh and snappy. And it's rare that a four-letter entry will impress me, but I really liked the up-to-date NSFW (not safe/suitable for work). Nice job in adding to the NYT crossword's SFW lexicon.

There were some rough patches here and there. For whatever reason, four-letter random Roman numerals irk me, but that's simply a preference. Some people actually like them, in that they can be inferred, thus providing a toehold in a tough-to-solve section. If they must make an appearance, I usually prefer a crazy math problem, like XXXIII * XLVII or something referencing the fact that 1551 is palindromic. Then again, I'm a dork (and proud of it!).

Not a surprise to see a few glue-y entries in those wide-open NW and SE corners. But if all I have to pay for SEE PAST, NIPS AT, I GOT NEXT, ASTHMA is the partial TRY A, I'll take that most any day. Even better is the NW, which features a bevy of beautiful answers for the price of IT ON, SKEE and DIA. What made it totally worth it to me was my favorite clue/answer: [Paper tiger, e.g.] for ORIGAMI. I always struggle to remember what a paper tiger is (something that seems threatening but really isn't), and I got a big smile on my face when I realized I had been bamboozled.